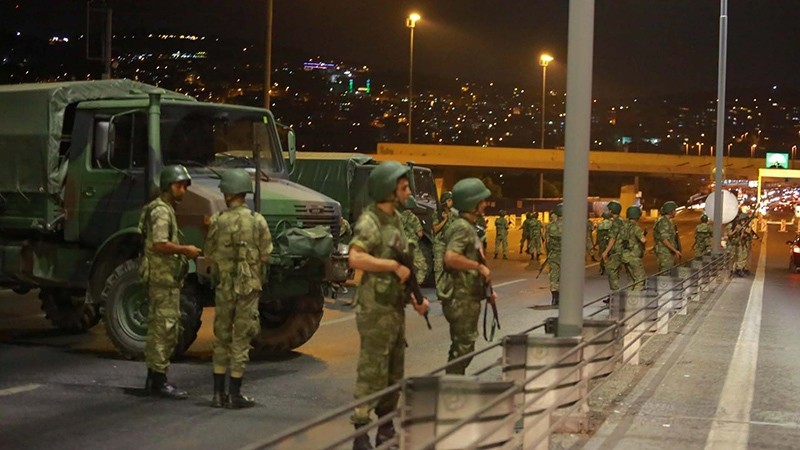 Claims about the role of the Gülenist Terror Group (FETÖ) in Turkey's failed coup attempt on July 15 are not "total nonsense", a senior European official said, as Turkish officials criticize Europe for failing to take a determined stance against the coup attempt and siding with Turkish democracy.

Frans Timmermans, first vice-president of the European Commission, was quoted in an interview with a Belgian magazine published on Tuesday saying U.S. investigations had pointed to "growing indications that the [Gülen] movement certainly played a role".

"It is now clear that what [Turkish] President Recep Tayyip Erdoğan says about the role of the Gülen movement in the coup is not total nonsense," Timmermans added.

The European official also said: "I think the Turks have a point when they say that there was very little empathy from the outside world in the foiled coup."

He also said Europe could have been "more generous in our support" and said it "underestimated what took place" in Turkey.

Timmermans' statement is the first time a senior European Commission official has spoken of Gülen's involvement in the coup attempt.

However, Gülen's role in the coup was acknowledged by senior American and European officials in the past.

During a visit to Turkey in late September, British Secretary of State for Foreign and Commonwealth Affairs Boris Johnson said: "The incidents in July were absolute violence, anti-democratic and ill-minded and the best approach would be suppressing this. Now, we must take a serious look in our own country for any signs of the Gülen organization."

Additionally, U.K. Ambassador to Turkey Richard Moore said in an interview last July that FETÖ, led by Fetullah Gülen, who lives in self-imposed exile in the U.S., might have staged the July 15 failed coup attempt.

In an interview with Hürriyet daily in August, former U.S. Ambassador to Ankara James Jeffrey said: "We are still waiting – the entire public world – [for] specific evidence but the majority of indicators, not just statements from the Turkish government, point to the Gülenist movement's [involvement]."

On July 15, a small military junta linked to FETÖ attempted to topple the democratically elected government in Turkey and bring martial law into effect. The attempt was prevented by the military loyal to the government along with police units and millions of people in favor of democracy. A total of 246 people, mostly civilians, were killed and nearly 2,200 people were injured. The government and opposition parties have united in condemnation of the coup attempt, denouncing it in the harshest terms and underscoring their determination to preserve democracy and rule of law in Turkey.

The group led by Fetullah Gülen is said to be behind a long-running campaign to overthrow the state through the infiltration of Turkish institutions, particularly the military, police and judiciary.

Ankara has stepped up demands for Gülen's extradition from the U.S. state of Pennsylvania since July 15.