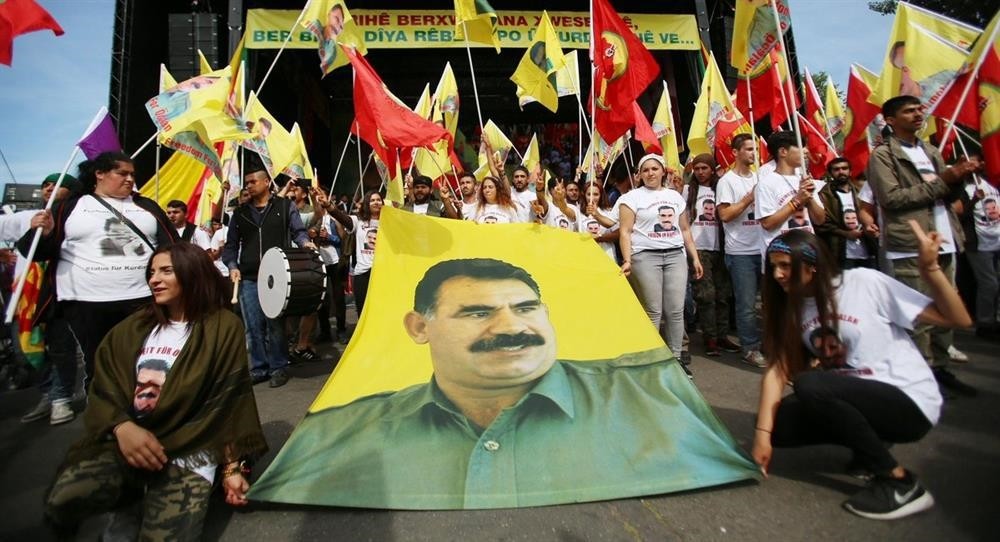 A group of terror supporters organize a gathering freely in Cologne, demonstrating PKK leader u00d6calan's posters and PKK banners
by Daily Sabah with AA Nov 16, 2016 12:00 am

German intelligence reports show that the PKK can freely recruit militants in the country even though it is recognized as a terrorist group, a senior Turkish lawmaker said Wednesday.

Speaking to Anadolu Agency, Mustafa Yeneroğlu, the head of Parliament's Human Rights Inquiry Committee, said they have obtained German domestic intelligence reports clearly demonstrating that the PKK is recruiting and racketeering in the country for terrorism, and bringing fighters to Turkey and Iraq.

"The PKK is on the list of [banned] terrorist organizations on paper in Germany and Europe, but that's not the truth," Yeneroğlu said, accusing Western countries of failing to properly fight terrorism despite their own intelligence services urging the governments to do so.

Yeneroğlu claimed that the PKK can spread terrorist propaganda at will, especially in Germany, Belgium, the Netherlands, France, and Austria through daily newspapers that they publish.

"If Germany is honest, [they ought to] read their own intelligence reports. [Then] they will see that PKK is not a banned organization, as it can continue its activities freely like an association that has the status of working for public interest," he said.

When contacted by Anadolu Agency, the German Embassy in Ankara would neither confirm nor deny the contents of the intelligence reports, but said they would contact the German Foreign Ministry.

Yeneroğlu stressed that Turkey's fight against terrorism is being painted abroad as an "ethnic conflict," adding that the PKK, YPG and PYD have opened stands in some European countries to spread disinformation that they defend Kurds' rights and issue the call, "Who wants to fight for PKK in Turkey?" to recruit militants.

Yeneroğlu also stated that the PKK and its supporters have been attacking places abroad where the Turkish community lives.

"In recent weeks, nine attacks were launched against the Turkish Democratic Union [branches in Germany]. Their rooms were burned with Molotov cocktails and people were targeted. Coffee shops and mosques were attacked."

"There has been a very serious rise in the complaints received from our citizens abroad regarding the terrorist organization," he said.