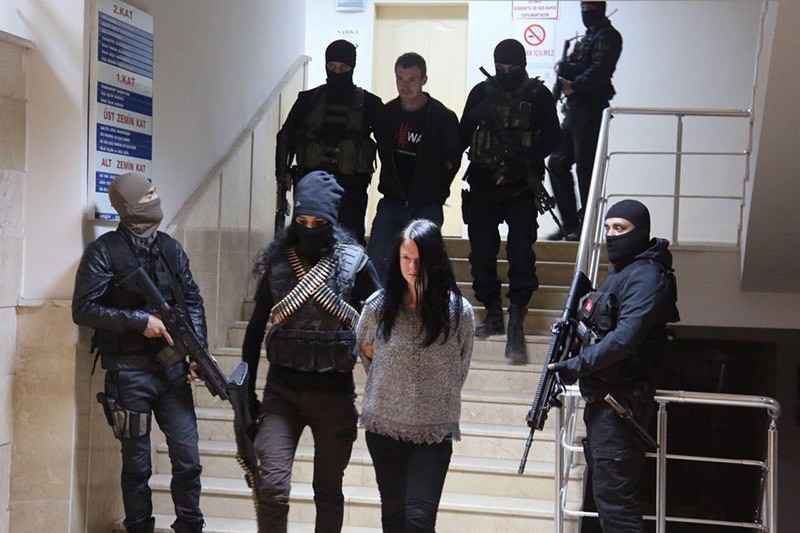 It's the first time that Turkish security forces have organized an operation against the YPG terror group's foreign fighters. Upon the request of the prosecutor, both suspects were arrested by a court on duty.

Miroslav Farkas, male, is reported to be a sniper while Marketa Vselichova, female, is responsible for logistics and health services, as well as coordinating the arrival of new volunteer terrorists from Europe to Syria. The detainees said that they had been trained by German special forces, and in the French Legion.

The PKK terrorist group resumed a 30-year armed campaign against the Turkish state in July 2015. Since then PKK terrorist attacks have killed more than 800 security personnel and claimed the lives of over 310 many civilians, including women and children, while more than 10,000 PKK terrorists have been killed or apprehended in army operations.