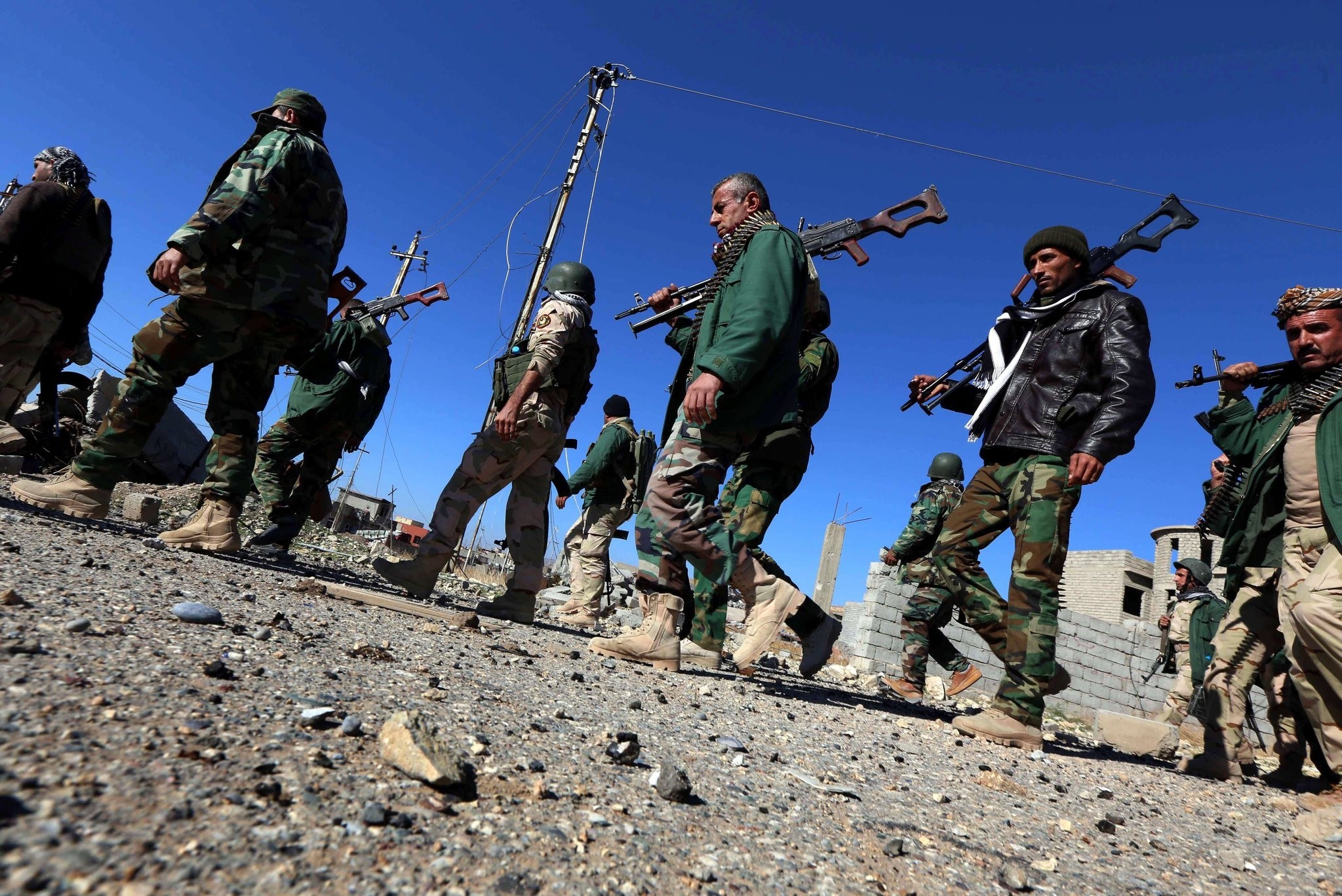 Iraqi autonomous Kurdish region's peshmerga forces and fighters from the Yazidi minority enter the northern Iraqi town of Sinjar, in the Nineveh Province. (AFP Photo)
by Daily Sabah Nov 19, 2016 12:00 am
Presidential spokesman Ibrahim Kalın said on Saturday that Turkey will not let Sinjar be the second headquarters of the PKK as he warned about the terror group's recent activities in Iraq and Syria.

Speaking at a book signing event at the Istanbul Book Fair, Kalın said that Sinjar had been cleansed of Daesh terrorists thanks to the operation carried out by Masoud Barzani, but that the PKK is trying to gain power by creating an actual state in the town.

Turkey previously said it will take precautionary measures, including deploying Turkish soldiers, to prevent PKK terrorists from securing a base in northern Iraq's Sinjar region.

Kalın also commented on the participation of Shiite militia Hashd al-Shaabi in operations to recapture Talafar from Daesh, saying that such step would create a situation in the favor of Daesh.

"There is a consensus in the area that only a group of 2,000 Shiite and Sunni Turkmen fighters will enter Talafar with the Iraqi central army. We want Iraq to comply with that agreement,"Kalın said.

"Iraqi Prime Minister Haidar Abadi had previously explained that Hashti Shabi would not enter into Talafar, and now there are developments in the opposite direction, or another plan is being implemented. That would just push the local into Daesh's hands and create a sectarian clash," Kalın warned.

Shiite paramilitary organizations have long threatened Iraqi stability, evoking as much fear among locals as the Daesh terrorist organization. There have been numerous extremist Shiite militias in Iraq, most of which are under the control of extremists who are believed to be affiliated with Iranian authorities.

Functioning as an umbrella organization for more than 150,000 Shiite militants, these paramilitary organizations have committed massacres against Sunni Muslim citizens, academics and scholars in "revenge" killings taken on Daesh. The Badr Corps, Mahdi Army, Army Mukhtar and Al Abbas Brigade are the largest extremist organizations operating in Iraq under the leadership of Shiite scholars.
Last Update: Nov 19, 2016 11:01 pm
RELATED TOPICS