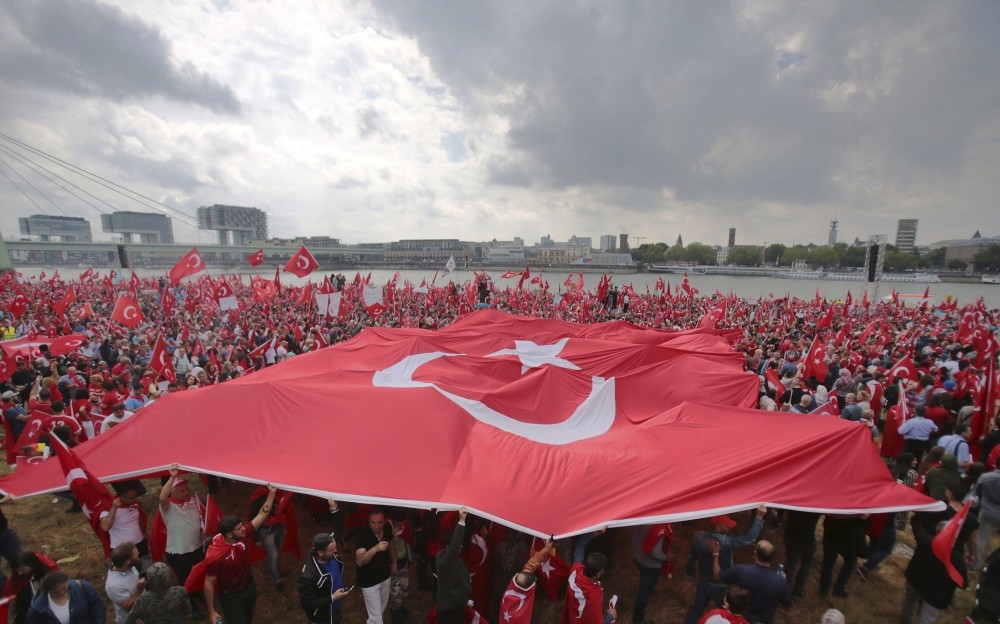 As some EU countries continue to provide a safe haven for terrorists, Turkish expats across Europe have organized demonstrations to be held in Germany, Belgium and the Netherlands, the most tolerant countries to terrorists

Turkish communities in Europe have organized demonstrations to be held Saturday in several EU countries, in efforts to protest the passive and supportive stance of the EU towards terrorist organizations including the PKK, the Gülenist Terror Group (FETÖ) and others.

Many non-governmental organizations (NGOs) around Europe are expected to participate in the protests that are scheduled to take place in Germany, Belgium and the Netherlands, with the slogan of "Teröre Lanet, Demokrasiye Davet," (Curse the Terror, Invite Democracy).

Speaking about the event, Chairman of the International Businessmen's Association (UTIAD) Mustafa Akgün said that UTIAD plans to attend the demonstration, vowing to financially support the protests as well.

"The Turkish people in Europe are angry due to the false criticism the EU is directing at Turkey as well as their support of terrorism. For this reason, such demonstrations are necessary," Akgün said.

Tekin Deniz, the director of the Brussels' Family Consultation Center (FAMİS), an NGO that is expected to attend the demonstrations, said that they will be present to voice their reaction to the defamation campaign against Turkey that has been carried out for long time.

"Terrorist organizations such as the PKK, Daesh and FETÖ have long-been striving to weaken Turkey. We want to show our unified stance against these organizations in the capital of Europe, Brussels," Deniz stated. 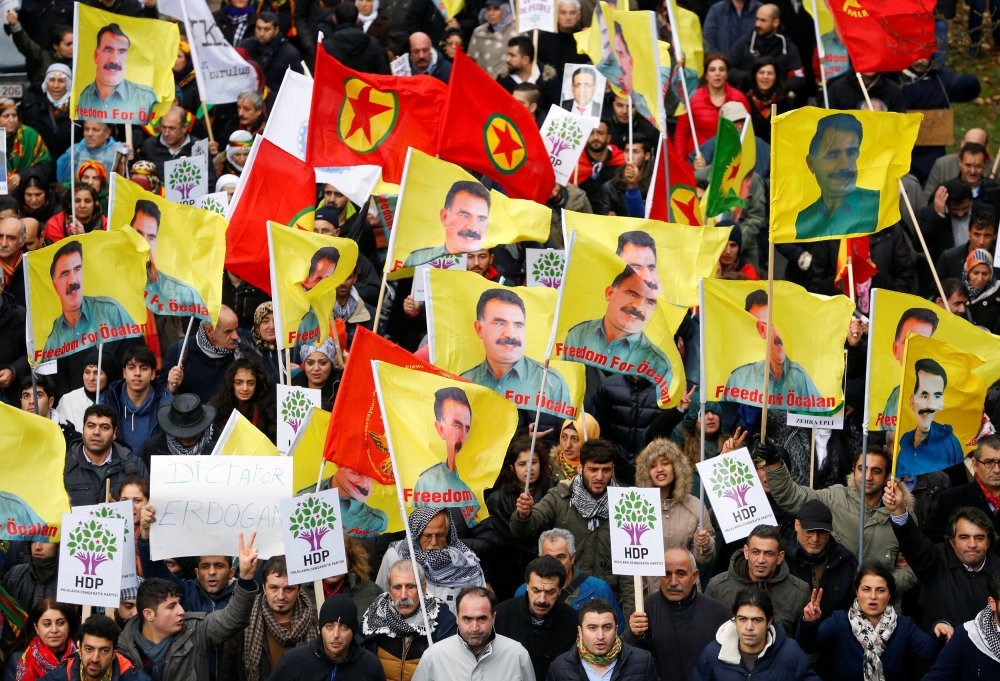 Germany and Belgium are especially known for their tolerant and supportive stance towards multiple terrorist organizations, including the PKK, the Revolutionary People's Liberation Party-Front (DHKP-C) and FETÖ. Terrorists flee Turkey seeking a safe haven in these countries, where they are given shelter and evade prosecution in Turkey.

While the Turkish people prepare to protest, the PKK continues to freely conduct terrorist activities and attack Turkish people around Europe with the help of the encouraging atmosphere offered by European countries.

On Thursday, 2,000 sympathizers and supporters of the PKK, which is listed as a terrorist organization in the EU, the U.S. and Turkey, held a demonstration in Belgium's capital city of Brussels with the permission of Belgian authorities.

According to local media, PKK sympathizers came together in Schuman Square, which is also home to EU institutions such as the European Commission and the Council of the European Union.

Reports suggested while around 10,000 people were expected to participate in the demonstration, only 2,000 supporters showed up. Lawmakers Faysal Sarıyıldız and Tuğba Hezer Öztürk from the pro-PKK Peoples' Democratic Party (HDP), along with Remiz Kartal, a senior member of the PKK in Europe, attended the demonstration. Both Sarıyıldız and Öztürk have been issued arrest warrants in Turkey after a terror probe was launched against pro-PKK lawmakers and mayors. They are accused of being members of an armed terrorist organization and providing weapons and assistance to terrorists.

Tuba Hezer, who has been sheltered by Belgium along with Sarıyıldız, went so far as to attend the funeral of a PKK suicide bomber who was responsible for the deaths of 28 people, most of them civilians in Ankara on Feb. 17, 2016.

To Turkey's dismay, this was not first anomaly for Belgium, according to data obtained from Turkish security forces. Terrorist organizations including the PKK and its political formation the Peoples' Democratic Congress (HDK) and the DHKP-C organized 23 demonstrations in Brussels and Antwerp between Dec. 15, 2015 and November 5, 2016.

Also in August, PKK supporters in Brussels were allowed to celebrate the anniversary of the terrorist organization's first attack on Turkey in its history and just five months earlier sympathizers set up tents outside EU buildings ahead of a Turkey-EU summit.

Meanwhile in Germany, another terror-tolerant country, a Turkish mosque has become the target of PKK terrorists. Turkey has slammed the country and other European states for failing to take a determined stance against terrorism and for providing refuge to terrorists.

According to reports, PKK terrorists vandalized the Mevlana Mosque located in the northern German town of Bützfleth late on Thursday, breaking windows and spray painting vulgar anti-government phrases on its walls. It is not the first incident of vandalism in the country targeting Turkish mosques.

PKK supporters in Germany have been carrying out attacks against Turkish-owned businesses, community centers and buildings. The terrorist supporters conducted an anti-Turkey march earlier in the day, authorized by German authorities.

Aside from Belgium and Germany, the PKK is also active in other EU countries such as Austria, Denmark, France, the Netherlands, Sweden and Greece.

Though the PKK is on the EU's official terrorist organization list, Turkey has complained of the member states' indifference towards the terrorist group. Ankara argues that although EU leaders condemn PKK terror in rhetoric, the continuing activities of the terror organization point to an anomaly created by EU authorities.
RELATED TOPICS