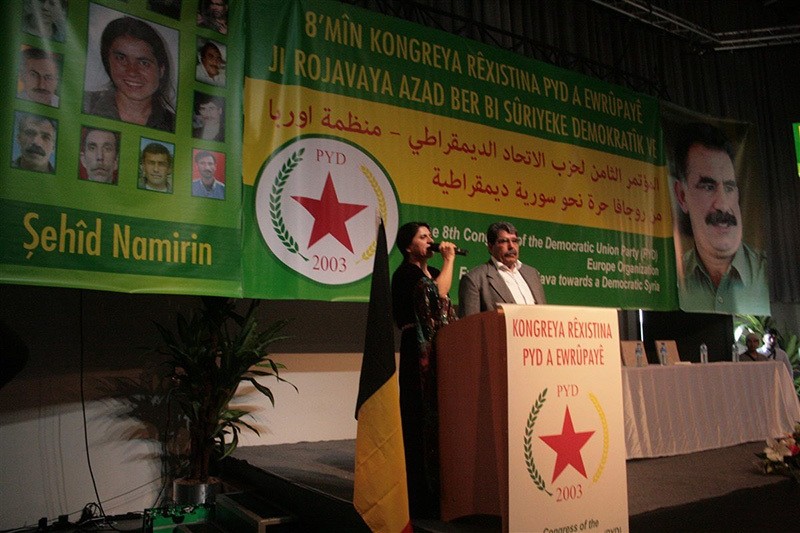 A warrant has been issued for the arrest of Salih Muslim, the leader of the PKK's U.S.-backed Syrian offshoot, the Democratic Union Party (PYD). Muslim is accused of planning and perpetrating the terrorist attack in the capital Ankara that killed 29 civilians in February.

Salih Muslim, the leader of the PYD, a group Washington has dubbed as its "strong partner," will now be sought by Turkish authorities for the terrorist attack in February. Ankara sees the PYD and its armed wing, the People's Protection Units (YPG), as terrorist groups linked to the outlawed PKK terrorist group. Washington, however, has been working quite closely with the PYD in Syria.

Turkish authorities had blamed the February attack on the YPG. Later on, a splinter group affiliated with the PKK called the Kurdistan Freedom Falcons (TAK) claimed responsibility for the attack.

Apart from Salih Muslim, arrest warrants were also issued for 47 PKK terrorists, including some of its top figures. The court is also seeking the arrest of Remzi Kartal and Zubeyir Aydar over the attack, confirmed a source in the judiciary on conditions of anonymity. Both Kartal and Aydar are said to be senior members of the PKK in Europe.

Ankara has long criticized the EU for being hypocritical on its stance on the PKK, arguing that the EU politicians rhetorical support to Turkey against PKK do not align with their practice and measures against the terror group. President Erdoğan said on Monday that the EU should take into consideration the warnings given by Turkey against terror groups, as it has a long experience of dealing with them, or sooner or later the EU will be also fall victim and become targets of the terror groups.

The source added that the court has also issued arrest warrants for senior PKK terrorists, Murat Karayılan, Cemil Bayık, and Fehman Hüseyin, who are believed to be taking shelter at PKK camps in northern Iraq.

Turkish-U.S. relations have been strained to a great extent due to Washington's ambitions to arm the PYD and collaborate with it on the ground in Syria. With repeated Turkish warnings that it should not join forces with a terrorist group, Washington has shown signs that it cares little about its NATO ally.

Even though Washington remains apathetic towards Turkish concerns, Secretary of Defense Ashton Carter had answered in the affirmative when asked by Senator Lindsey Graham whether the PYD and the YPG, are aligned with the PKK terrorist organization.

Admitting the link between the PKK and PYD, Carter acknowledged that the PKK is a designated terrorist group by the U.S. and Turkey.

The attack took place when a car bomb was detonated as military service vehicles were passing by in Ankara, killing 29 civilians and military personnel and injuring 61 others in central Ankara on Feb. 17. The place of the explosion was some 300 meters from the Turkish Parliament, Presidency of the General Staff and Army, Air Force, Navy and Coast Guard commands.

It was also located on one of Ankara's main arterial roads on east-west axis. Fire and smoke was visible from many parts of Ankara, while the explosion was heard even in very remote districts.

Tensions between Turkey and the U.S. have persisted for the last couple of months regarding the PYD's military presence in and around Manbij, a town located on the western banks of the Euphrates River.

In the meantime, arms and equipment transfers to the PYD has also led to a crisis in Turkish-U.S. relations. The U.S. air force dropped 50 tons of arms and ammunition to the PYD's armed wing, the YPG, last year. Ankara also voiced its frustration over the issue, saying that the weapons would eventually end up in the hands of PKK terrorists who target Turkish security forces.

Turkey's President Recep Tayyip Erdoğan in September called the U.S. mentality behind arming YPG forces to be miscalculated and said, "You cannot use one terrorist group to destroy another terrorist group -- this is a big mistake. This is not good for Turkey because we are suffering at the hands of the terrorist organizations that you seem to be defending."

Washington, however, is not on the same page with Ankara regarding the issue. U.S. State Department Spokesman John Kirby said in February that the U.S. does not consider the YPG to be a terrorist group.

"Syrian Kurds are our partners against Daesh," Kirby said, referring to the YPG.