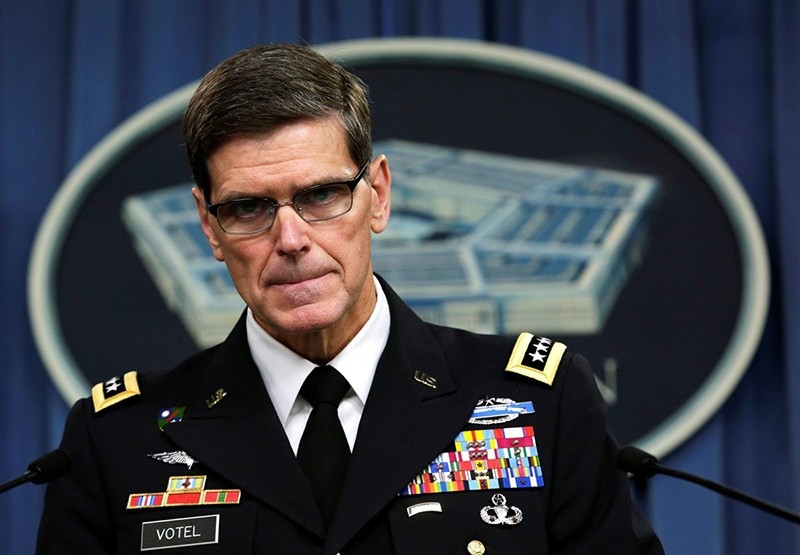 The head of Central Command, U.S. Gen. Joseph Votel on Wednesday commended Turkey's efforts in the anti-Daesh fight in Syria.

"Recently, we would have been unable to do the things that we have been doing, particularly in Syria, without the support we get from Turkey on a daily basis," Votel said during a panel discussion at the Foreign Policy Initiative, a neoconservative Washington-based think tank.

Like others in the region, Turkey has concerns, he said, noting the U.S. should recognize Turkey's worries about the PKK and Daesh terror groups.

Turkey has opened its bases to the U.S.-led coalition and launched Operation Euphrates Shield in August in support of moderate Syrian opposition groups against Daesh in northern Syria.

Two Turkish soldiers were allegedly captured on Tuesday by Daesh. The deputy commander of the anti-Daesh coalition, British Maj. Gen. Jones Rupert, told reporters via a video conference from Baghdad the coalition would help Turkey recover the soldiers.

He did not elaborate about what kind of support the coalition would provide.

The Iraqi government's efforts to integrate a Shiite militia group into the country's security forces is concerning as it might increase Iran's influence with Baghdad.

"It will obviously increase Shiite - potentially Iranian - influence over the government of Iraq and we have to be concerned about it," he said.

Votel believes the nuclear deal inked between the world powers and Iran last year did not help change Tehran's actions such as sponsoring terror groups and fueling sectarian conflicts.

"It has been implemented appropriately but it addresses only one of our concerns," he said of the Joint Comprehensive Plan of Action.

Votel said since the deal, Iran has sponsored more than 100,000 Shiite militias in conflicts, including in Yemen and Iraq.

"I would probably say there is a little bit of an uptick," he said.

Votel also indicated that military-to-military relations between the U.S. and Egypt did not slow following a military coup by Abdel Fattah el-Sissi in 2013.

"Frankly I think the military-to-military relationship like all other relationships has its highs and has its lows but I think it remained pretty steady," he said.

Votel's comments follow severe criticism by Washington of Egypt's military's crackdown on hundreds of demonstrators and arrests of thousands of others, including political leaders and activists, in the wake of the coup.
Last Update: Dec 01, 2016 3:21 pm
RELATED TOPICS