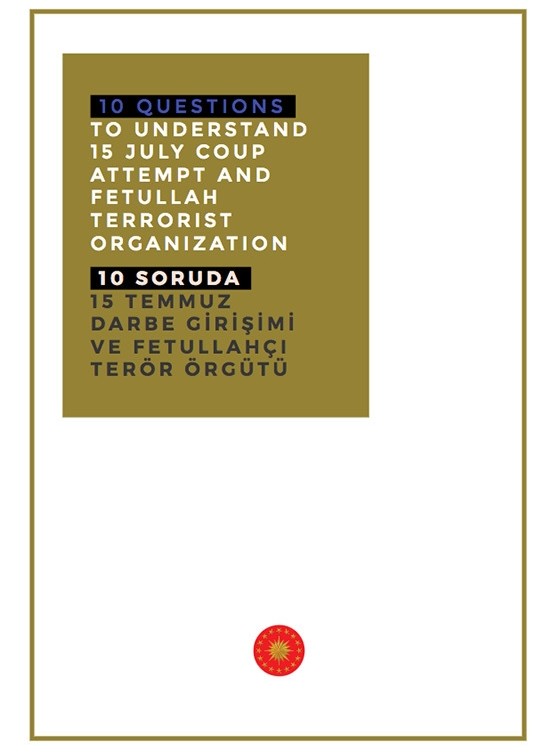 The Presidency has suggested that a TV series could be used to understand the structure of the Gülenist Terorr Group (FETÖ), in a booklet recently published to explain the nature and ramifications of the traumatic July 15 coup attempt and its perpetrator, the Gülenist Terror Group (FETÖ).

"The Following,' an American television drama series, might be a good example to understand the structure of the FETÖ" the booklet said, adding that the series is about a psychopathic English professor, who mobilizes his cult-like followers to help him with his deadly objectives and achieve his ultimate goal.

The 42-page booklet, entitled "10 Questions to Understand 15 July Coup Attempt and Gülenist Terror Group", is available in both Turkish and English at the Presidency website.

"Gülen is believed to be Messiah by his followers and his orders are obeyed to the letter. Despite FETÖ's attempts in the international arena to show itself as a representative of moderate Islam, it has been guilty of severe human rights abuses and has no qualms about the use of violence," the book says.

The booklet describes FETÖ as an armed cult of fanatics led by Fetullah Gülen.

On July 15, the F-16 fighter jets bombed the presidential complex three times, the parliament 11 times, police department six times and Turksat building was attacked by four F-16 jets and two cobra helicopters, according to the book.

The leader of FETÖ Fetullah Gülen lives in self-imposed exile in the U.S. state of Pennsylvania. Turkey has requested Gülen's extradition from the U.S. for organizing the defeated coup as well as a long-running campaign to overthrow the state through the infiltration of Turkish institutions, particularly the military, police, and judiciary.