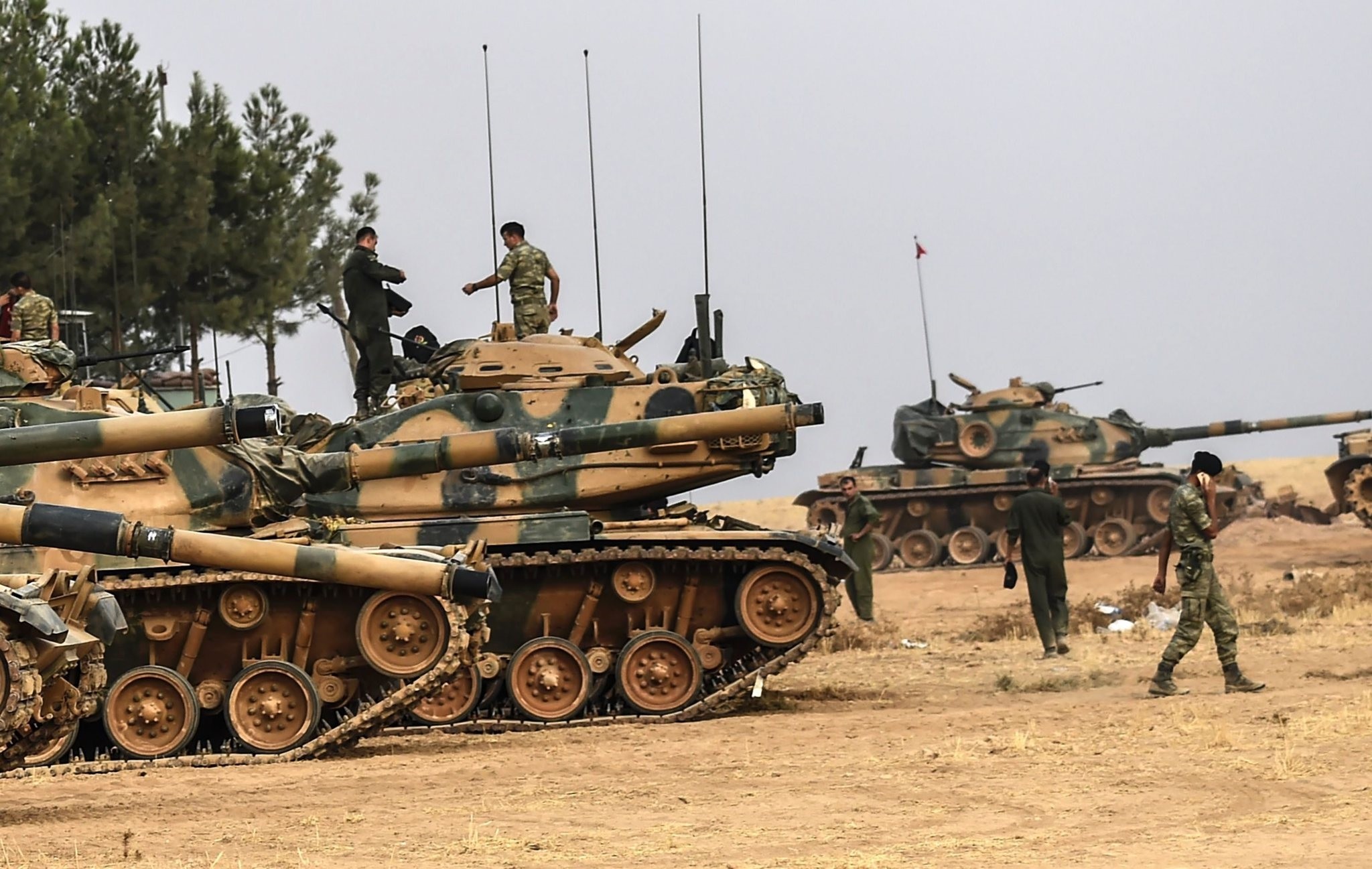 "We have sent a team of our experts and a U.S. troop to Manbij. We will continue all operations until we are sure that the YPG has withdrawn to the east of the Euphrates River," he said.

Several sources from the ground reported that FSA fighters had already entered the city and liberated several areas from the terrorist group, including most of the Aqil mountains west of al-Bab.

Ankara has been pushing southward, supporting FSA forces as part of Operation Euphrates Shield launched on Aug. 24, to clear al-Bab from Daesh terrorists and form a terror-free zone of 5,000 square meters comprising of the towns of al-Bab, al-Rai, Azaz, Jarablus and Manbij.

The terror-free corridor will ensure security for Turkey's southern border with Syria, while providing a safe shelter for locals in the region, which would stop the mass influx of refugees coming into Turkey.