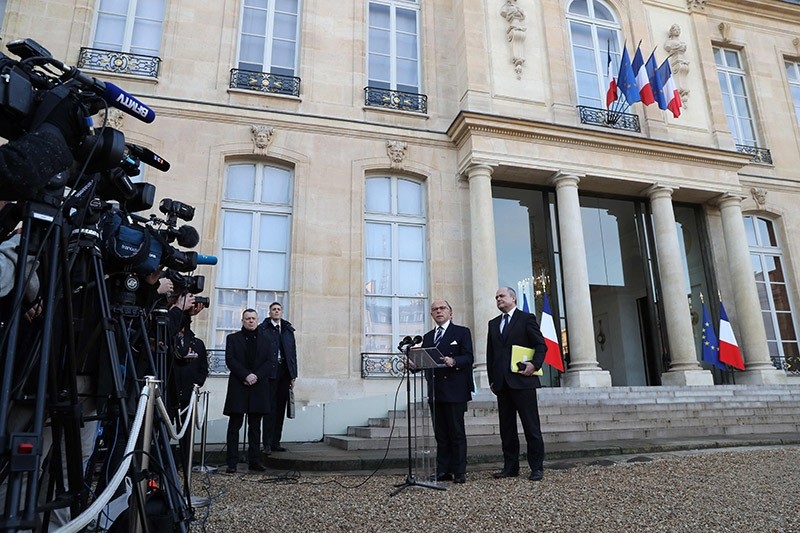 French Prime Minister Bernard Cazeneuve says 17 attacks have been thwarted in the country so far this year and he is asking Parliament to extend the state of emergency until July 15.

Speaking after an extraordinary cabinet meeting, Cazeneuve said Saturday that Parliament will vote on the bill next week.

He said the extension for seven more months is "absolutely necessary" to ensure the highest possible level of protection in the country in the context of next spring's presidential and general elections.

Cazeneuve said the electoral period with multiple political meetings and gatherings may increase the risk of attacks by "those who want to strike our democratic values and republican principles at the heart."

The newly appointed prime minister said the "terrorist threat" remains "at a particularly high level" in France and neighboring European countries. The threat — he described as an "imminent peril" — is still closely linked to the actions of the Daesh terror group, he said.

Cazeneuve said the state of emergency has "fully proven its effectiveness" with 4,194 house searches leading to 517 suspects arrested, 434 kept in custody and almost 600 firearms seized, including 77 "weapons of war," over the last year in France. Among those arrested 420 had links with "terrorist networks," he added.

Cazeneuve also said some 700 French citizens or foreigners who used to live in France are now in Iraq and Syria, that 222 have already died there and that more than 2,000 are involved in terrorist networks, including those returning from that region, those hoping to go and those still "in transit".

Soon after Cazeneuve's statement at the Elysee Palace, the Paris prosecutor's office said a sixth suspect was charged and jailed Saturday in an investigation into a thwarted "large-scale" attack that French authorities said was scheduled on Dec. 1.

Last month, five suspects were arrested the same day, four in the eastern city of Strasbourg and one in the southern city of Marseille. The Strasbourg cell was plotting an imminent attack in France on orders from an Daesh member based in Iraq or Syria, Paris prosecutor Francois Molins had said.

His office said Saturday the last suspect was given preliminary charges of "criminal terrorist association." Citing the ongoing investigation, it wouldn't confirm reports saying the sixth suspect is a 31-year-old man arrested earlier this week in Strasbourg, who allegedly had provided weapons to the cell of four arrested in the same city on Nov. 20.

The suspects had considered several possible targets but Molins said late last month that investigators had not yet determined which target they had chosen for the planned Dec. 1 attack.

Next week's vote in Parliament will be the fifth extension since a state of emergency was declared in France the day after the Paris attacks that left 130 dead on Nov. 13, 2015. The attacks have been claimed by the Daesh.