Life barely back to normal in Sur as PKK denounced, gov't called on to take action 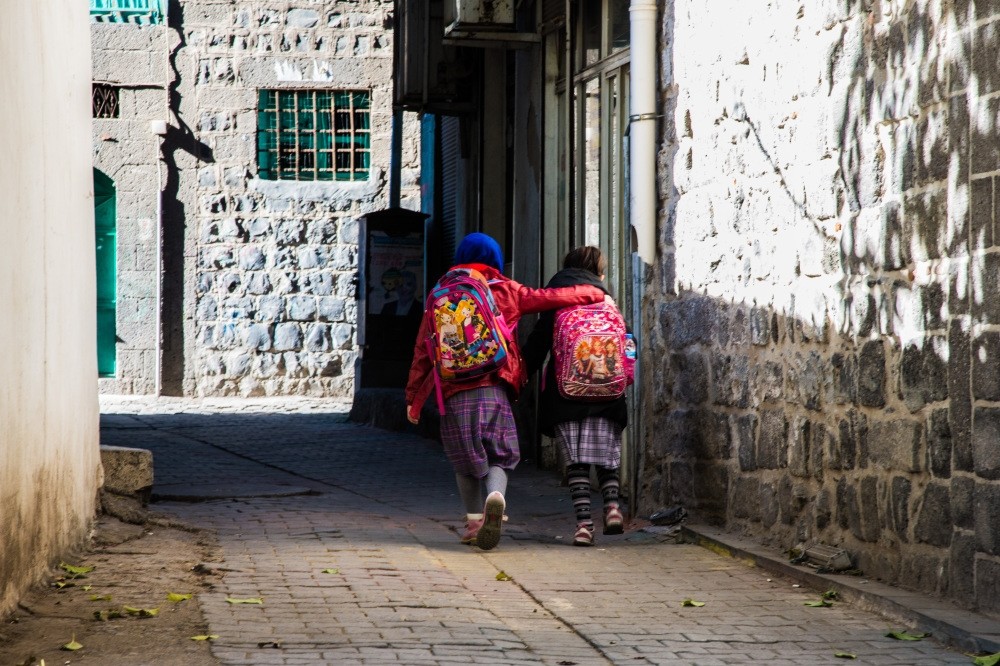 Anti-terror operations in the Sur district of southeastern Diyarbakır province lasted 103 days and ended on March 10. Nine months into the post-war period, people are still traumatized by its aftermath. The people of Sur have denounced the PKK, however, calling on the government to take action to aid recovery

People in the Sur district of Diyarbakır province benefited from the peaceful environment during the reconciliation process. Business was good, tourists were flocking to the city and there was no security threat at all in the region. However, the PKK terrorist group adopted a strategy to take its war into urban areas in the summer of 2015 after unilaterally abandoning the reconciliation process. Terrorists dug ditches in the streets and erected barricades.

The government launched broad counterterrorism operations in the southeastern districts to sweep out the PKK. The peaceful environment was long gone and people were afraid of seeing terror returning to their districts.

On Dec. 2, an operation was launched in Sur in an effort to put an end to the PKK's hegemony in the streets. The 103-day-long operation ended on March 10, eliminating the terrorist group from the district. Nine months into the post-battle period, people are still trying to overcome the trauma and effects of the war.

"The PKK ruined our lives. There is not a single person on the street with a smile on his face," 28-year-old Rojhat said.

Rojhat was due to marry and making preparations prior to the operations. With the launch of the operations, curfews were imposed and life in the district came to a halt. Rojhat, who works at a patisserie, recalls those times.

"I could not marry the girl I love. Our patisserie had to stay closed due to curfews and clashes. I was fired as well. My life turned upside down," Rojhat sighed.

As I was walking through the narrow streets of Sur, I came across a municipality worker sweeping the streets. The 51-year-old İbrahim is grateful to be alive, but complains about what has happened to the district.

"I had a house in which my parents, children and wife used to live. We had to flee during the operations. Now it is brought to ruins," İbrahim said sorrowfully. He said he now lives in a flat and pays TL 400 ($115) per month for it, adding: "I have not been paid for 48 days."

The people of Sur are exhausted and have nothing on their mind about the future but surviving and looking after their families. "The PKK dragged us into death. They did not care about our lives or security," Rojhat said.

Kurds do not want to hear about the PKK, but at the same time, call on the Turkish state to act. "It has been nine months since the operations ended. We are still homeless. It is the second winter during which people are left in the cold," İbrahim complained.

In early November, Diyarbakır mayor Gülten Kışanak was arrested and discharged from her post by the Interior Ministry. A trustee was appointed. The PKK called for an uprising in protest against the arrest and the appointment. The people of Diyarbakır, however, did not respond.

A couple days later, Peoples' Democratic Party (HDP) co-chairs and some deputies were arrested as well. The HDP, which was once presented as a representative of Kurds, expected a reaction from the Kurds, but they did not respond.

Musa Çınar, a butcher in Sur, explained the reason why Kurds remained apathetic. "We worry about our future as we are homeless and have nowhere to go. We cannot deal with trustees, detentions or arrests. We just want our life back," Çınar said.

Çınar talked about how he became diabetic due to stress and psychologic problems during the operations. "I had a house that I inherited from my father. I guess it is destroyed now. I could not even go there to look at it. I just could not," he said, bursting into tears.

The sadness of people on the street can be felt through their faces. People are still affected and cannot wipe away their horrific memories of the war. Kurds in Sur seem to have distanced themselves from the PKK, however, the Turkish state needs to speed up the work to bring the district back into life to win the hearts and minds of Kurds.