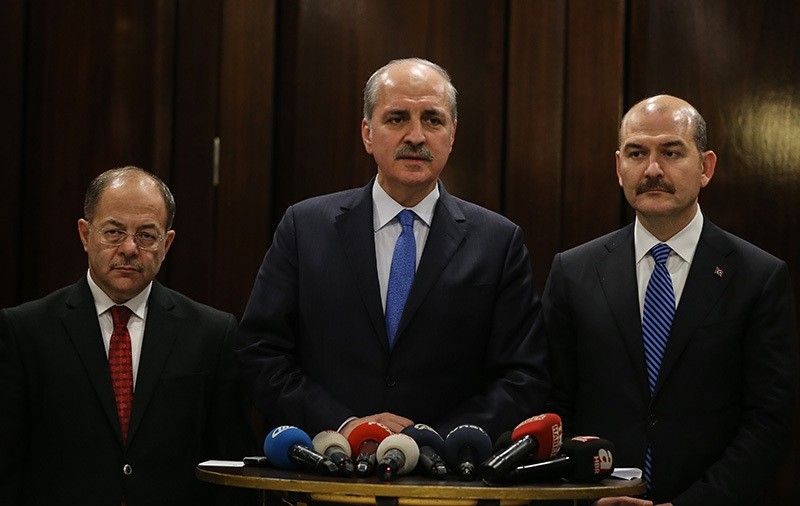 Deputy Prime Minister Numan Kurtulmuş said on Sunday that initial findings point to the PKK terrorist organization as the perpetrator of the deadly twin blasts which killed 38 people in Istanbul late Saturday.

Speaking on CNN Türk news channel, Kurtulmuş said that although the investigation has not been concluded yet, findings suggest that the PKK terrorist organization may be involved in the deadly terror attack in Istanbul.

He noted that around 300-400 kilograms of explosives were used in the attack and the vehicle which carried out the car bomb attack has vanished following the explosion.

Kurtulmuş criticized the Peoples' Democratic Party (HDP) for failing to distance itself from the PKK terrorist organization.

"HDP should support Turkey's fight against terrorism, rather than supporting PKK terrorists" Kurtulmuş said and added that doing so would have benefited the HDP voters.

"Turkey is not just fighting terrorism; it is waging a war against terrorism" the deputy PM said and noted that currently no world capital is safe from terrorist attacks, while he urged everybody to genuinely unite against terrorism.

Two bombs exploded in a terrorist attack that occurred in Istanbul's Maçka Park on Saturday night, killing 38 people and wounding 155, including 14 in intensive care.

The death toll later rose to 44 on Monday, as six more victims succumbed to their wounds in hospital.