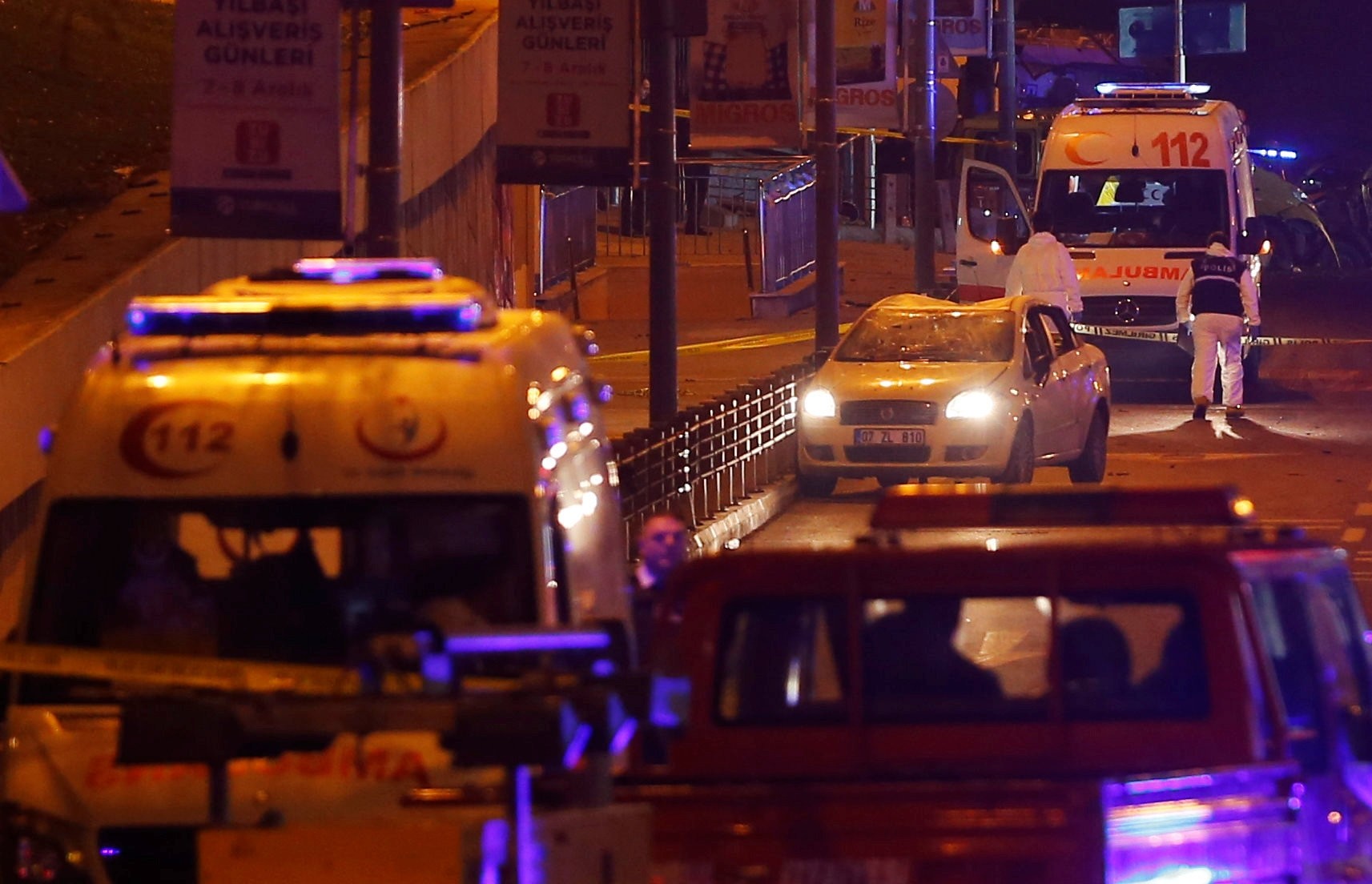 The statement released by the terror group said that nobody in Turkey should expect to lead a peaceful life as long as these situations persist and Abdullah Öcalan, the imprisoned PKK leader, remains behind bars.

Intelligence sources said on Sunday that one of the suspected suicide bombers of the deadly attack entered Turkey from the PYD-controlled area in Syria.

Istanbul was rocked by twin blasts late Saturday, which killed 44 people and injured 155 others, 14 of whom are in critical condition. Officials have noted that initial findings suggest the brutal attack was carried out by the PKK terrorist organization.

The group has previously claimed various attacks on civilians that took place in recent periods.

On Feb. 17, TAK assumed responsibility for the car bomb attack that killed 29 people, mainly military personnel, in central Ankara during evening rush hour. Again in Ankara, 37 civilians were killed when a car bomb was driven into civilians at a busy bus stop and detonated on March 13.

On June 10, a TAK-claimed car bomb detonated while a riot police shuttle bus was passing in Istanbul's Fatih district, killing 12 people, including five civilians, while injuring dozens of others.

At least 13 people were injured when a suicide bomber detonated himself near the historic Ulu (Grand) Mosque in the northwestern city of Bursa on April 27.

TAK also claimed the mortar attack on Istanbul's Sabiha Gökçen Airport on Dec. 23, 2015, that left an airport cleaner dead and injured another, while damaging five aircraft.

Other attacks targeting civilians by the PKK-affiliate TAK:

Five people were killed, two of them tourists, and 20 people were injured when a bomb exploded in Kuşadası, a coastal resort town in western Turkey on July 10, 2005.

The Justice and Development (AK) Party's representation office in Istanbul was attacked on April 5, 2006.

Two people were killed in a hotel attack in the southwestern Marmaris district on April 28, 2006.

Four people were killed and many were injured in an attack in Antalya on Aug. 28, 2006.

Four soldiers and one civilian were killed when a military bus was blown up in Istanbul's Halkalı district on June 22, 2010.

Thirty-two people were injured in an attack in Istanbul's Taksim Square on Oct. 31, 2010.