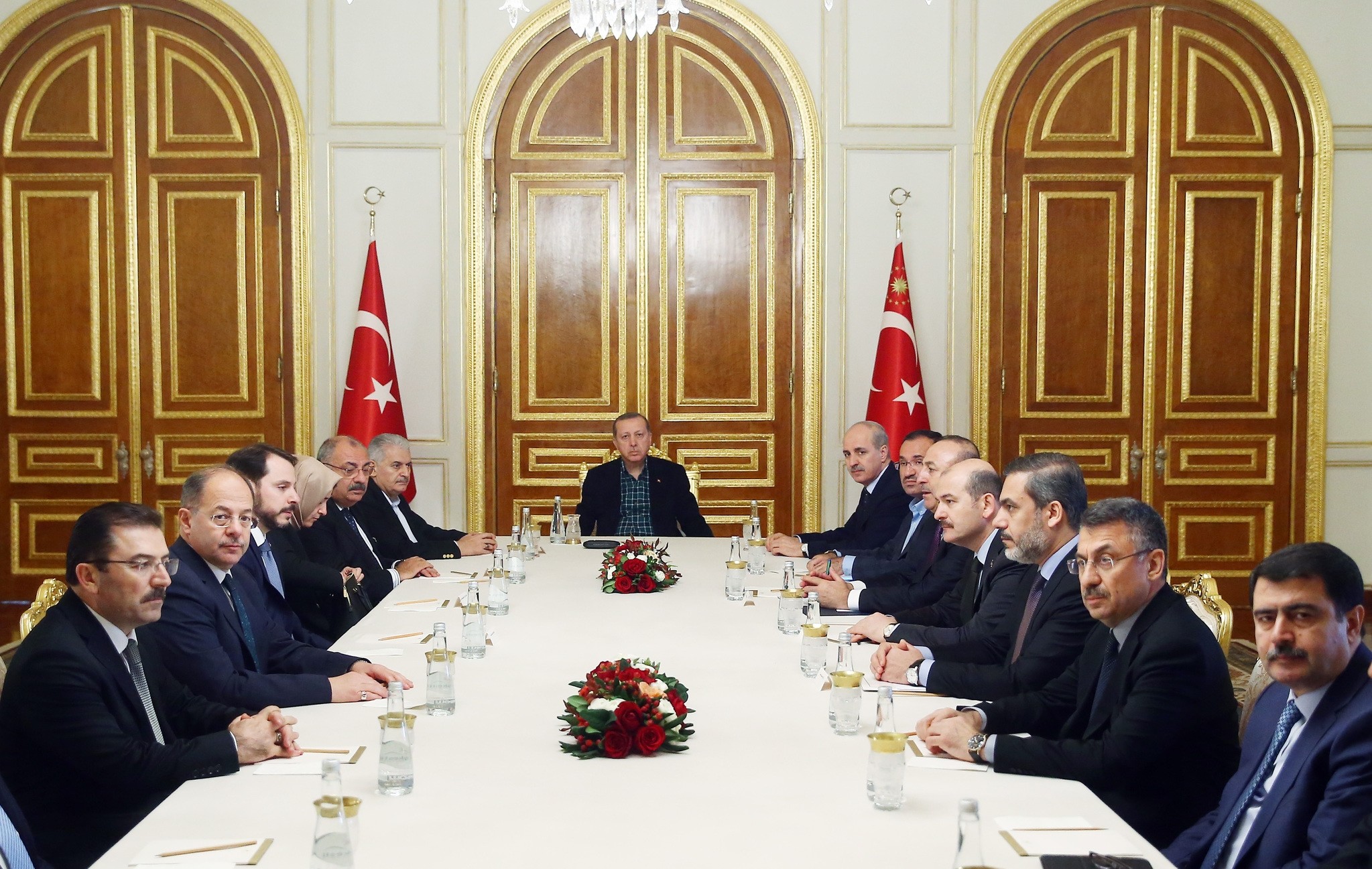 A top-level security meeting chaired by President Recep Tayyip Erdoğan has been concluded in Istanbul on Sunday, following Saturday's terror attack, according to presidency sources.

The meeting at the Mabeyn Presidential Pavilion lasted for two hours.

Intelligence sources said on Sunday that one of the suspected suicide bombers of the deadly attack entered Turkey from the PYD-controlled area in Syria.