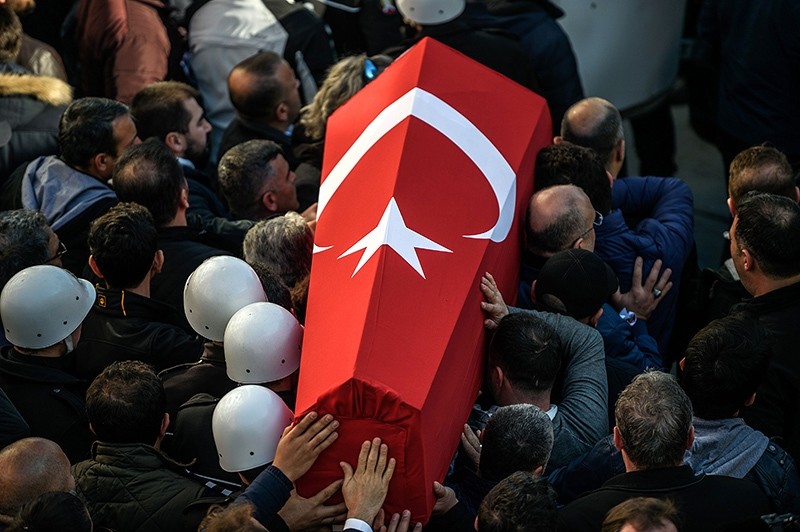 Turkish police officers carry the coffins of a comrade during a funeral ceremony at Istanbul's police headquarters on December 11, 2016 (AFP Photo)
by Daily Sabah with AFP Dec 12, 2016 12:00 am

The death toll from the Istanbul twin bombings carried out by PKK-affiliated terrorists near Maçka Park has risen to 44, Turkish Health Minister Recep Akdağ said Monday.

The late Saturday attacks saw a car bomb explode near police vehicles and less than a minute later, a suicide bomber blew himself up near a group of police at a nearby park.

"It is very painful that we lost 36 of our police officers and eight civilians in a bloody attack," Akdağ told the parliament.

The blasts also injured 166 people and were claimed by the TAK, which is an offshoot of the PKK terrorist organization.

The TAK terrorists have carried out three major terrorist attacks this year. Two were in Ankara: one on February 17 that left 28 dead and another on March 13 that killed 34; as well as a car bombing in Istanbul on June 7 in which 11 people died.