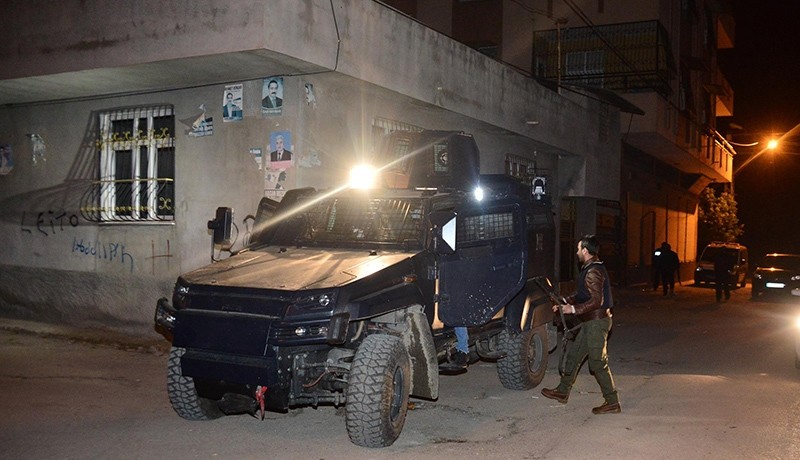 Turkish police have detained a total of 235 suspects, including provincial executives, mayors and members of the Peoples' Democratic Party (HDP) and its regional affiliate Democratic Regions Party (DBP) in various provinces for alleged links with the PKK terrorist organization, as part of an ongoing counter-terror probe following a deadly terror attack in Istanbul, reports said on Monday.

According to reports, police units from 11 provinces, including Istanbul, Ankara, Adana, Manisa and Mersin and Şanlıurfa carried out anti-terror operations and raided some addresses, including the offices of HDP and DBP.

Police detained 20 suspects in Istanbul, 18 in Ankara, 25 in Adana, 36 in Gaziantep, 5 in Manisa and 93 in Mersin, including provincial heads. At least 68 suspects are still being sought by the police.

HDP's Mersin Provincial Chairman Sadun Doğan is among the detained suspects, while Akdeniz Municipality Mayor Fazıl Türk is also among 46 suspects sought by the police.

Around 500 police officers participated in the operation carried out in Adana alone, reports said.

In southern province of Şanlıurfa, arrest warrants were issued for 58 suspects, including HDP members.

44 people, including seven civilians were killed, 155 were injured by terrorist attacks claimed by PKK's offshoot TAK, which took place near Maçka Park in Istanbul late Saturday.

The PKK is recognized as a terrorist organization by Turkey, EU, and the U.S.

Demirtaş, who was among the 12 HDP deputies arrested on Nov. 4 for refusing to bear testimony before prosecutors in ongoing terror probes, condemned Saturday's attack in a message from prison, defining the attack as a "brutal massacre" and offering condolences to the families of the victims. HDP also condemned the attack in a statement.