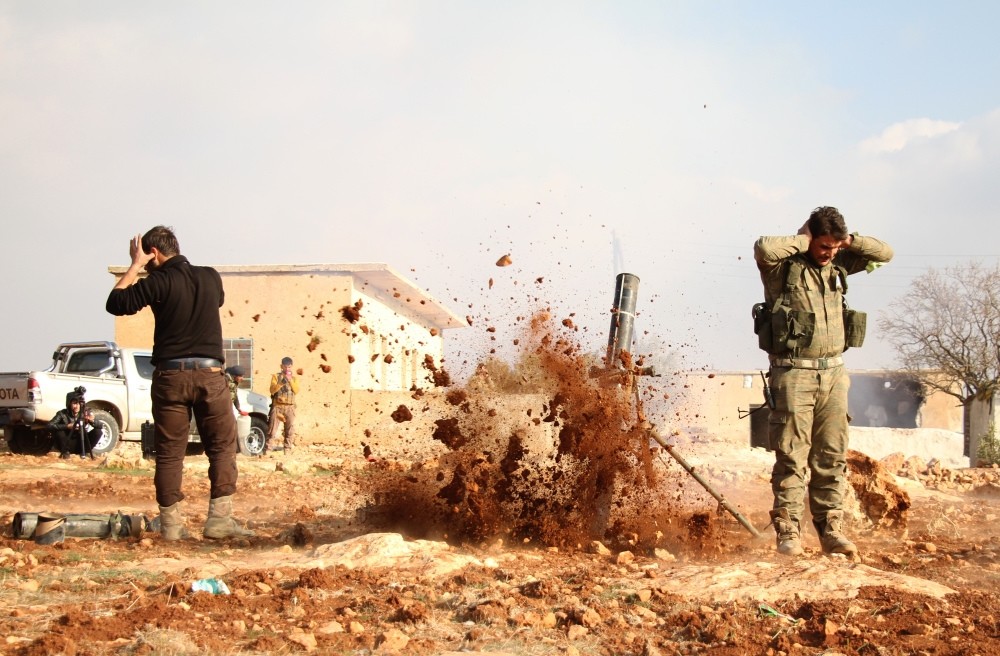 Following the PKK terrorist attack in Istanbul which killed at least 44 on Saturday, Turkey could target the terrorist group's Syrian offshoot PYD in Afrin and Manbij after finishing off the al-Bab offensive

The Free Syrian Army (FSA), backed by the Turkish-military, could turn its attention to the Syrian towns of Afrin and Manbij, which are under the control of the PKK's Syrian offshoot, the Democratic Union Party (PYD), after finishing the al-Bab offensive.

FSA fighters, in cooperation with the Turkish Armed Forces (TSK), launched an offensive to take full control of the significant Syrian town of al-Bab on Friday. Over the weekend, the Turkey-backed FSA surrounded the town from the west, enabling them to attack Daesh from two different fronts.

One of the suspected suicide bombers in the deadly Istanbul terror attack entered Turkey from the PYD-controlled area in Syria, intelligence sources suggested on Sunday.

Following the attack, rumors that Turkey could target PYD-held Afrin and Manbij as well as Kobani after the al-Bab offensive surfaced again.

President Recep Tayyip Erdoğan in late November hinted at the possibility of an offensive against the People's Protection Units (YPG) in Manbij. "It [liberating al-Bab] is not enough. We will march toward Manbij. Why? Because the YPG is there," Erdoğan said.

As for the Turkish public's support for a possible operation, the Istanbul-based A&G research company president, Adil Gür, said that at least 80 percent of the public supports the Turkish state's counterterrorism efforts.

FSA fighters have edged even closer to Syria's al-Bab with the support of the TSK, Foreign Minister Mevlüt Çavuşoğlu said on Friday.

Several sources on the ground reported that FSA fighters had already entered the city and liberated several areas from the terrorist group, including most of the Aqil mountains west of al-Bab.

"Turkey has enough reasons to hit the PYD in Syria. We know that terrorist attacks originate from PYD-held areas and weapons supplied to the PYD end up in the hands of the PKK," Burhanettin Duran, director of the Ankara-based Foundation for Political, Economic and Social Research (SETA), told Daily Sabah.

There are no boundaries left in Syria between Turkey-backed fighters and the YPG. The battle in al-Bab and potential Turkish offensive to capture Manbij could further complicate things on the ground as well as between Ankara and Washington.

Duran drew attention to the fact that Turkey would hold talks with Russia and the U.S. over hitting the PYD in Syria. He said that the time and implementation of a Turkish operation against the PYD would depend on the developments in Syria.