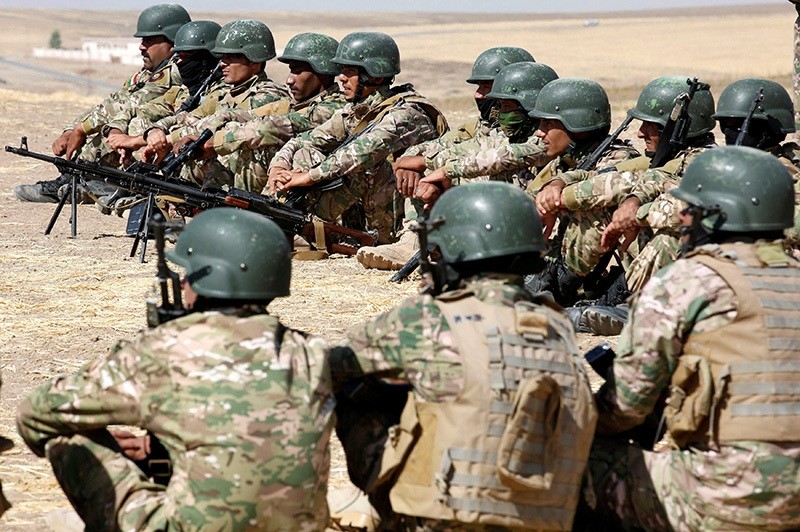 Fighters from predominantly Sunni Arab forces take part in a training session before the upcoming battle to recapture Mosul in Bashiqa, October 6, 2016 (Reuters Photo)
by Daily Sabah Dec 15, 2016 12:00 am

A U.S. general said on Wednesday that Sunni forces trained by Turkish forces in the Bashiqa camp have done "a pretty good job" in the Mosul operation.

"They are operating on the north side of Mosul in between the dam and the city," U.S.-led coalition commander Gen. Stephen Townsend said at a briefing via video conference from Baghdad.

Townsend said the coalition is tracking the movements of the tribal forces trained by Turkey. "They're under Iraqi control. And by all reports, they've done a pretty good job," Townsend added.

Ankara maintains an estimated 500 troops in the Bashiqa camp training are local fighters who were sent there at the request of Iraq's Haider al-Abadi.

In recent months, the mission's presence in northern Iraq has led to tension between Baghdad and Ankara. Even though the Iraqi central government said Turkish military units stationed in the Bashiqa camp near Mosul were "occupying forces" and "should be immediately withdrawn," footage from a 2014 press conference resurfaced proving that Turkey and Iraq had originally agreed to collaborate in the fight against Daesh.