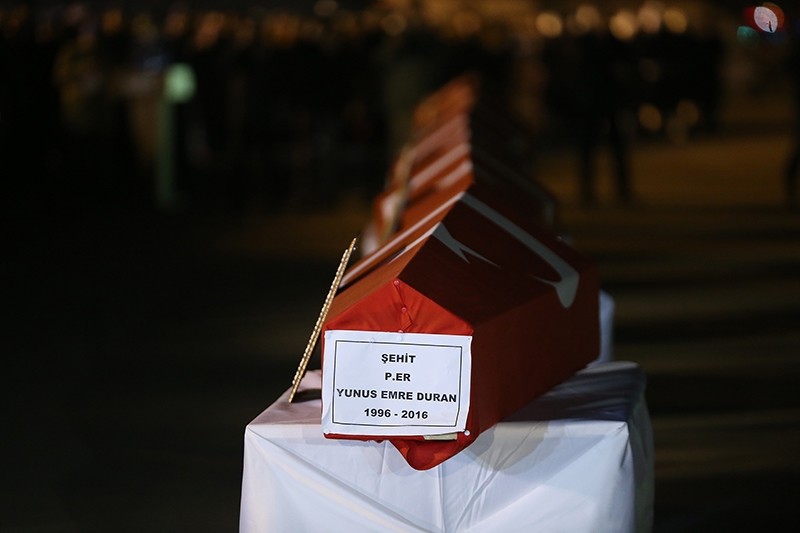 President Recep Tayyip Erdoğan and Prime Minister Binali Yıldırım came together Saturday in the presidential complex in Ankara following the terror attack in the central Anatolian Kayseri province which killed 14 soldiers and injured at least 56 others.

Their meeting, which began around 04:30 p.m, lasted about 2 hours and 45 minutes. No statement was issued after the meeting.

The meeting was expected to turn into a high-level security summit with the attendance of top civilian and military officials, however Chief of General Staff Gen. Hulusi Akar, Interior Minister Süleyman Soylu and Defense Minister Fikri Işık are currently in Kayseri to aid the investigation.

Soylu said that security forces have identified the perpetrator of the attack and seven suspects have been detained, and five are sought in relation to the suspected PKK-led terror attack in Kayseri.

The car bomb attack which targeted a public transportation bus near a university campus in central Kayseri came only a week after a deadly PKK-led terrorist attack killed 44 people in the heart of Istanbul.