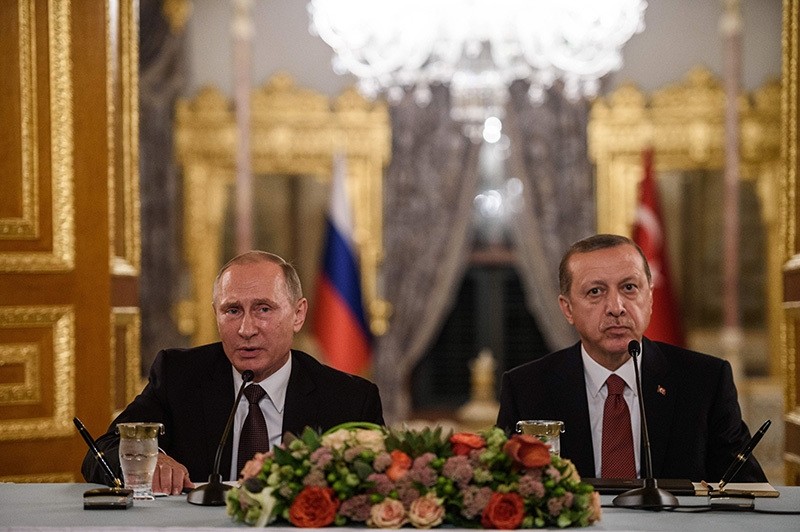 Russian President Vladimir Putin has told President Recep Tayyip Erdoğan that his country is ready to increase cooperation against terrorism, Kremlin said on Saturday, as Turkey's central Kayseri province was hit by another terror attack perpetrated by the PKK terrorist organization.

Putin called Erdoğan shortly after the attack, which killed at least 13 soldiers and injured 55 others, to express his condolences to Erdoğan.

He reportedly said that he was sure the response to such terrorist attacks should be a more resolute struggle against terrorist groups.

In a statement released following the attack, Erdoğan offered his condolences to the families of the victims and wished a speedy recovery for the injured.

He attributed the recent terror attacks to the regional situation and hinted at its connection with recent economic fluctuations.

"The terror attacks in Turkey are not separate from what is happening in the region, especially Syria and Iraq," he said.

"Terror attacks target all 79 million citizens together with soldiers and police. Turkey is under the threat of attacks by terrorist groups, especially the separatist terrorist organization (in reference to the PKK) which is trying to do its best to block Turkey's progress," Erdoğan added.