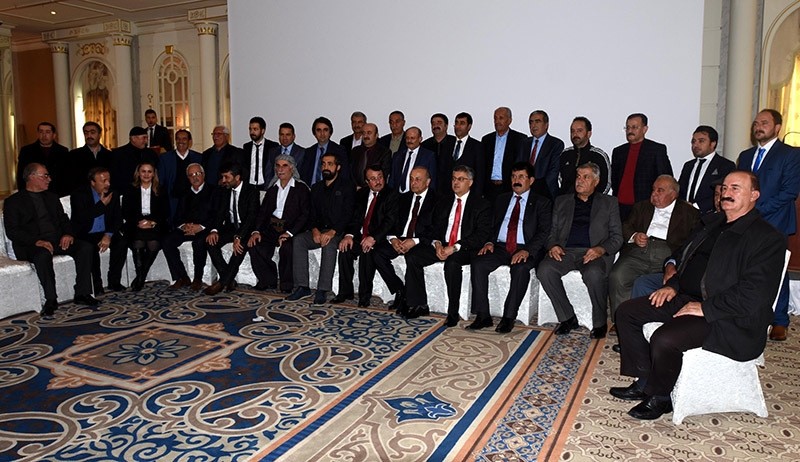 Representatives of Kurdish tribes from eastern and southeastern Turkey have condemned the recent wave of PKK terror attacks during a meeting of Tribes Federation in the province of Van.

The condemnation messages from Kurdish tribe representatives came after the recent suicide bombings that took 44 lives in Istanbul on Dec. 10, and 14 lives in Kayseri on Dec. 17. The attacks were claimed by TAK, PKK's suicide team known to take responsibility for terrorist attacks perpetrated in urban centers.

Jirki tribe's representative Cemil Öter said the tribes in eastern and southeastern Turkey will work for unity and solidarity, while also adding that they strongly curse the terror attacks.

Öter also stressed that the terror attacks are not carried out on behalf of Kurds, noting that these attacks are just provocations aimed to denigrate the reputation of the republic of Turkey.

''We will stand strong and unite against all plans intending to undermine our unity,'' said Rasim Aslan from the Gevdan tribe.

Ezdinan tribe representative Salih Özbek highlighted that Kurdish clan have always sided with the state, condemning all sorts of terrorism hitting Turkey, and reiterating that they will continue to act in unity and solidarity with the nation and the state.

Meki Arvas, from the Arvasi tribe, also condemned all acts of terrorism, calling for unity, solidarity and peace.

''The state helped prepare the ground for investment in the region, and investors came and set up facilities, however, vandals later started to set their equipment, material on fire,'' added Alter.