KRG may use force if PKK insists on staying in Sinjar, PM Barzani says 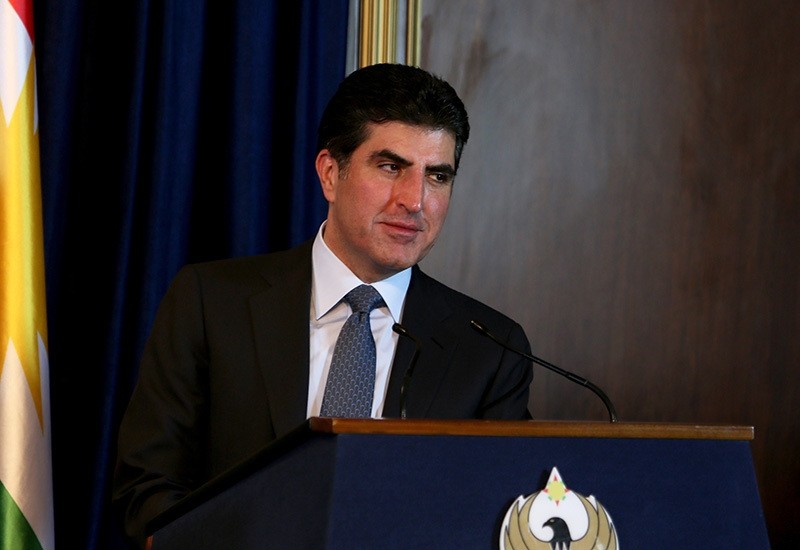 In an exclusive interview with the Al-Monitor news website, Barzani said that the PKK-affiliated Sinjar Resistance Units (YBS) are not welcomed by the local Yazidi people and their presence causes instability in the region.

"The PKK presence is preventing people from returning to their homes. They are hesitating to return for fear of renewed conflict, out of concern as to what uncertain future awaits them and not because, as some allege, that we are the ones stopping them from reclaiming their lives, their homes. We share their concerns, and this is why we strongly believe that the PKK must leave Sinjar," Barzani said.

KRG prime minister added that they are in contact with Baghdad and Washington regarding the issue, for so far the talks were unfruitful.

"We are in continuous talks with Baghdad. So far they haven't taken any serious steps to help [with the withdrawal of the PKK], and I personally cannot confirm that they cut the YBS' salaries even though they told us that they had. If matters come to a head and Ankara [Turkey] and Baghdad and other players get drawn in, we too, as the KRG, are players and hold certain cards in our hands," Barzani said, confirming that the KRG might resort to military force against the PKK.

Predominantly-Yazidi town of Sinjar and its surrounding area were captured by Daesh terrorists in August 2014 during their blitz that gave them the control of large swathes in central and northwestern Iraq, in addition to the country's second largest city of Mosul. Following the fall of Sinjar, Daesh militants carried out some of the worst atrocities in Middle East over the last decade against Yazidis, massacring some 5,000 of men, enslaving thousands of women and forcing local population to escape and wait their deaths in besieged Mount Sinjar without food and water. It was the first major incident showing Daesh's brutality to the world.

A larger atrocity could be stopped through U.S. and U.K. airstrikes and a large-scale airdrop campaign to provide the civilians with food and water. Turkey was among the countries that aided the Yazidis, in addition to thousands taking refuge crossing the border to the north.

While Iraqi and KRG forces proved ineffective against Daesh's war-hardened militants, elements from the PKK and its Syrian offshoot PYD were called in the scene to break the siege. Amid a ceasefire period with Turkey, PKK was able to amass its militants experienced in guerrilla warfare to the region. With the support of anti-Daesh coalition airstrikes and a considerable weapons and ammunition support, PKK and Peshmerga units were able break the siege on Mount Sinjar in clashes lasted until December, however, it wasn't before Nov. 2015 they captured the town. The incident helped PKK to gain legitimacy throughout the world, proving it as an effective force against Daesh and helped it recruiting additional militants throughout the region due to its increased popularity.

This strategy, however, boosted PKK's ranks, morale, weapons and area of control, leading the PKK to relaunch its armed insurgency against Turkey in July 2015. This decision proved disastrous for towns and cities in Turkey's predominantly-Kurdish southeast since the PKK shifted its focus from the countryside to towns and cities, grinding daily life and economy to a halt, rendering hundreds of thousands people homeless and leading to the deaths of dozens of civilians caught up in the crossfire. As Turkish security forces gradually gained control of areas ditched, barricaded and trapped by PKK by spring of 2016, the terrorist group resorted to suicide bombing in Turkish cities. During this period, more than 800 security officials have been killed in terror attacks, in addition to more than 300 civilians slain in suicide bombings or armed clashes in urban locations. More than 10,000 PKK terrorists are estimated to have been killed or arrested in the same period, which also saw terror attacks by other terror groups like Daesh or the left-wing DHKP-C.

Turkey has repeatedly warned that it would not tolerate PKK to permanently base in Mount Sinjar, accusing the terror group of establishing a "second Mount Qandil," referring to its current headquarters in northern Iraq near the border with Iran.