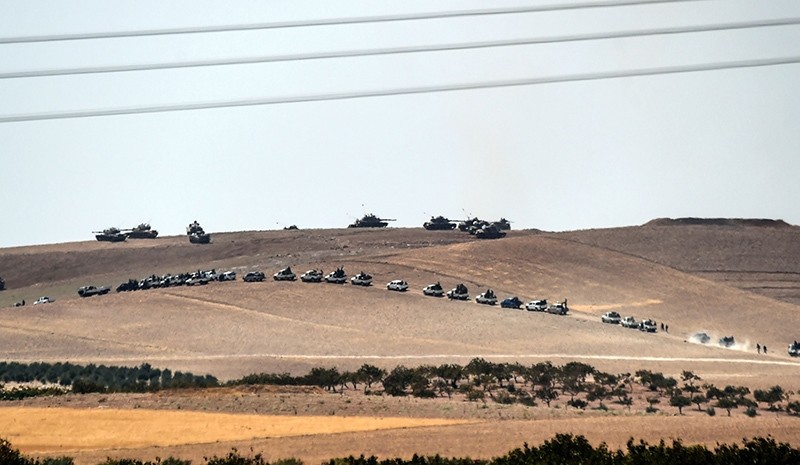 Since the launch of the Operation Euphrates Shield, the Turkish explosive ordnance disposal teams neutralized 2392 handmade explosives in areas cleaned from Daesh.

The operation on al-Bab was launched as part of Operation Euphrates Shield, launched on Aug. 24, which aims to eliminate terror threats to Turkey's southern borders posed by Daesh and PKK's Syrian offshoots, the Democratic Union Party (PYD) and its armed wing, the People's Protection Units (YPG).

Located 30 kilometers from the Turkish border, al-Bab used to be home to around 64,000 people, mainly Sunni Arabs, before the Syrian civil war erupted in 2011.

The terror-free corridor will ensure security for Turkey's southern border with Syria, while also providing a safe shelter for locals in the region, which would stop the mass influx of refugees coming into Turkey.

The operation is also meant to keep the town safe from Assad regime forces and PKK/PYD terrorists, who seek to create a "state" in northern Syria.