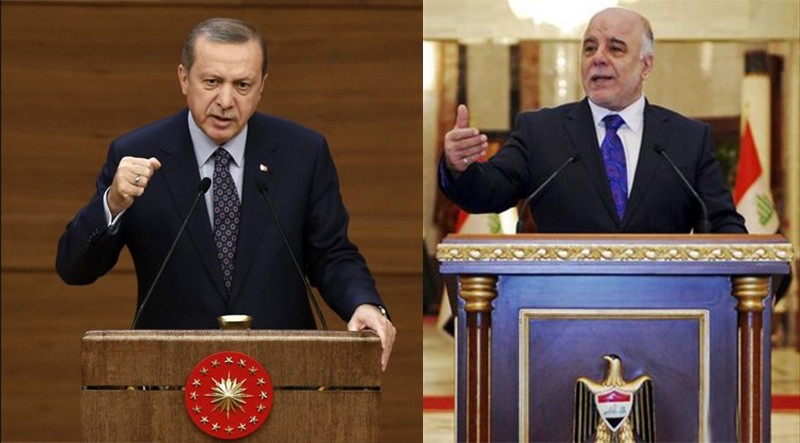 President Recep Tayyip Erdoğan and Iraqi Prime Minister Abadi discussed the fight against terror and bilateral relations between Turkey and Iraq in a phone call Friday.

In the phone call, the two leaders highlighted the importance of strengthening ties between the two countries and stressed that recent developments were pleasing for both sides.

Noting that fighting cooperatively against terror groups is crucial in the region, the two leaders said that they will not allow terror to destabilize the region.

Abadi said on Tuesday that the country's relations with Turkey were no longer strained and were back on track, also announcing that about three months were needed to remove Daesh from Iraq.

However, Turkey had stated that Turkish forces had initially been stationed at the Bashiqa camp to train the local forces in their fight against Daesh at the request of Abadi, himself.

Mosul, the largest city seized by Daesh anywhere across the once vast territory it controlled in Iraq and neighbouring Syria, has been held by the group since its fighters drove the U.S.-trained army out in June 2014.