US denies having intelligence on Istanbul nightclub attack which killed 39 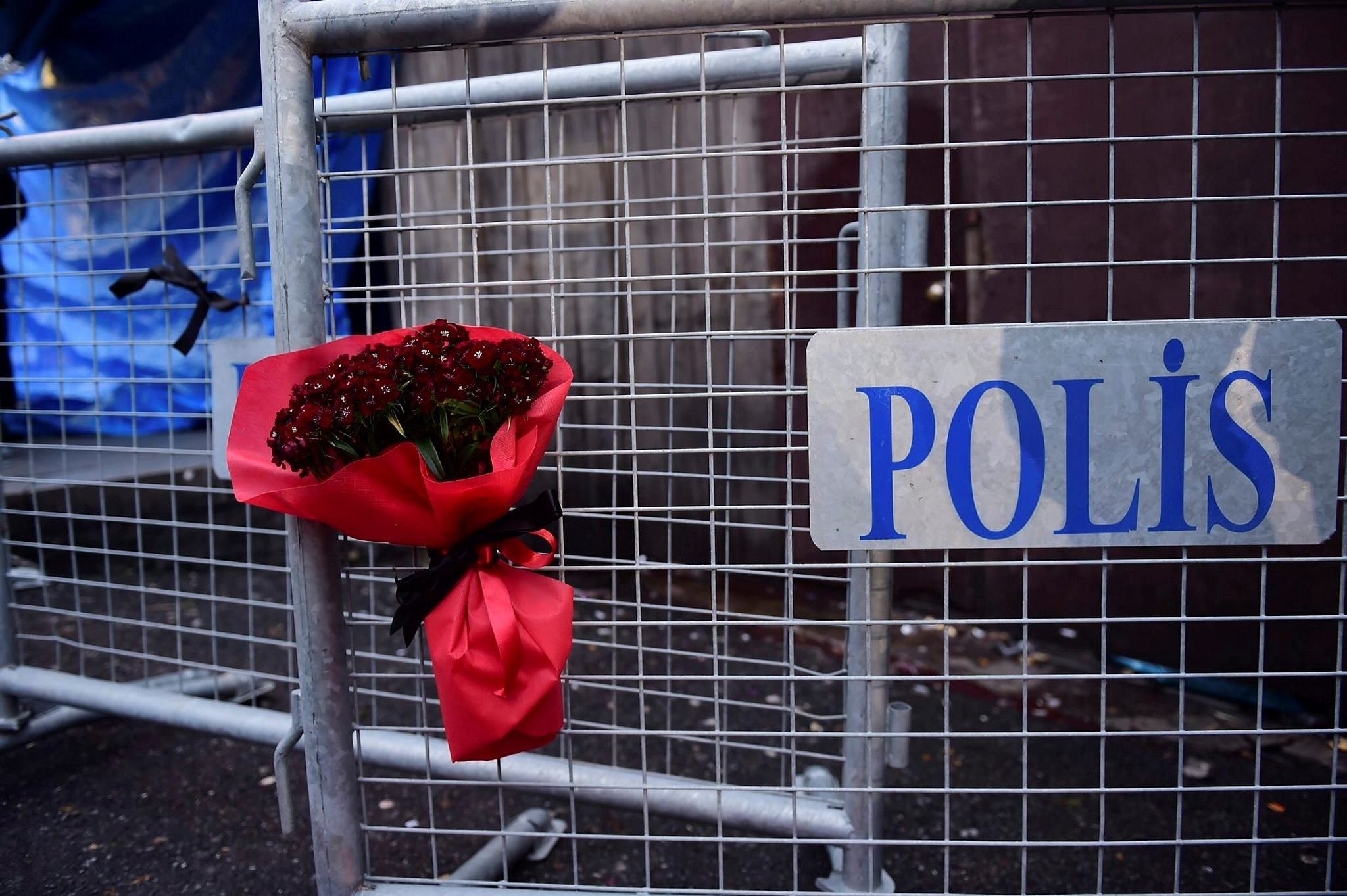 Flowers laid in front of the Reina night on January 1, 2017 in Istanbul, after a gunman killed 39 people, including many foreigners, in a rampage at the Reina nightclub in Istanbul where revellers were celebrating the New Year. (AFP Photo)
by Daily Sabah with AA Jan 01, 2017 12:00 am

The U.S. embassy in Turkey on Sunday rejected media claims it had prior intelligence about the deadly terror attack at an Istanbul nightclub.

"Contrary to rumors circulating on social media, the U.S. Government had no information about threats to specific entertainment venues, including the Reina Club, and ‎the U.S. Government did not warn Americans to stay away from specific venues or neighborhoods," the embassy said in a statement.

At least 39 people, including a police officer, died after an attacker opened fire on partygoers at the venue in Istanbul's Ortaköy district in the early hours of New Year's Day.

Sixty-nine people were also hurt, with a number of foreigners among the dead and injured.

The statement came after Mehmet Koçarslan, owner of Reina nightclub, claimed U.S. sources had intelligence on the attack, but later clarified his remarks, saying the U.S. had warned its citizens against such attacks.

The embassy in Ankara said a general threat warning was issued on Dec. 22 "for Turkey and various parts of Europe, as we do whenever there are indications that American citizens might be targeted or subjected to violence".

"The U.S. and Turkish agencies consult closely in combating terrorism, including by sharing information on suspected terrorist threats. This cooperation will continue as we confront the shared threat of terrorism," it added.