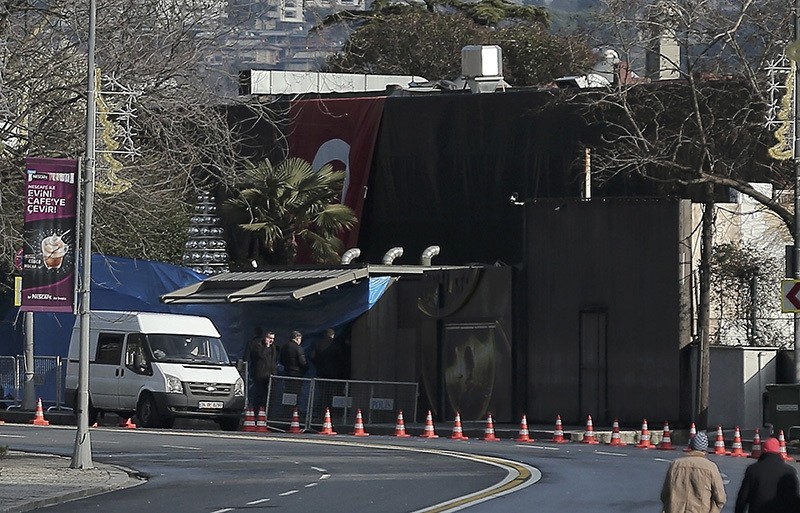 Daesh has claimed responsibility for the deadly attack that killed 39 people in Istanbul, which was the latest in a chain of terror acts against the Turkish people who have suffered the most at the hands of the terrorist organization, while the attack comes amid intensified efforts to increase internal and cross-border operations against Daesh

The Daesh terror group has claimed responsibility for the Reina nightclub attack that killed 39 people and wounded 65 others in Istanbul during New Year's celebrations. The attack came at the same time that Ankara has intensified internal and cross-border operations against the terrorist organization.

On Saturday night, an armed assailant opened fire at the popular nightclub in Istanbul and escaped afterward. Some 24 of the attack victims were identified as foreigners, 11 were Turkish citizens and four victims still remain unidentified, officials said later on Sunday. Seven Saudi Arabian, two Indian, one Canadian, one Syrian, one Israeli, two Moroccan, one Lebanese, one Belgian and four Iraqi nationals were killed, according to the latest statements.

Police forces are continuing the manhunt for the assailant, who has still not been identified.

Interior Minister Süleyman Soylu stated that police detained eight suspects yesterday who may be affiliated with the deadly attack. Also, during security forces' operations targeting Daesh conducted between Dec. 26 and Jan. 2, some 25 of the 147 detained were later arrested for their links to the organization, the ministry said in a statement.

Previous reports had suggested that the assailant was dressed in a Santa Claus costume; however, Prime Minister Binali Yıldırım dismissed the claims.

Ankara and Istanbul were targeted by several attacks in 2016 carried out by Daesh terrorists or PKK militants, killing more than 180 people.

While Ankara's fight against the Daesh terror group led to the launch of the cross-border Operation Euphrates Shield on Aug. 24 into northern Syria, security forces also carried out countless anti-Daesh raids across the country, in addition to tightening security measures at its borders, arresting hundreds of suspected militants from the group.

According to official sources, through intelligence sharing with other countries, Turkey added more than 16,000 suspects to its no-entry list in 2016. Additionally, nearly 4,000 foreign terrorist fighters have been deported from Turkey after the successful operations by the security forces.

Also, according to Interior Ministry figures, in 2016, security forces detained 3,359 suspects, while 1,313 of them, including 679 foreign nationals, were arrested due to links to the terrorist group. The ministry has also said that between 2011 and 2016 a total of 7,015 people, including 2, 712 foreign nationals were arrested for their links to Daesh, with 2,304 taken into custody.

Although Turkey has long been taking security measures against Daesh domestically, the fight against the terrorist group in cross-border operations has been deemed necessary; particularly as Daesh fired numerous rockets into Turkey's southern border province of Kilis at various times and after a Daesh suicide attack in Turkey's southern Gaziantep province on Aug. 20 which killed 54 people and injured 95 others.

The launch of the cross-border operation was part of Turkey's new aim to eliminate terror threats posed to the country's national security before they are able to carry out the attacks. As such, through successful operations, Turkey has managed to push away the Daesh threat from its southern border to a range that is outside of that of the terror group's missiles.

Operation Euphrates Shield was launched on Aug. 24 by the Turkish military and the Free Syrian Army (FSA). The operation aims to create a terror-free zone in northern Syria across a 5,000-square-kilometer (1,930-square-mile) area. Following the liberation of al-Bab, Ankara wants to expand the operation toward Manbij, where the PKK's Syrian offshoot, the Democratic Union Party (PYD) and its armed wing the People's Protection Units (YPG) is in control. Since the launch of Operation Euphrates Shield, 1,294 Daesh and 306 PKK/PYD terrorists have been neutralized, while Turkish explosive ordinance disposal teams have neutralized 2,423 handmade explosives and 42 mines in areas cleared of Daesh since the beginning of Operation Euphrates Shield.