No letup in Turkish-Russian fight against Daesh in al-Bab, 18 terrorists killed 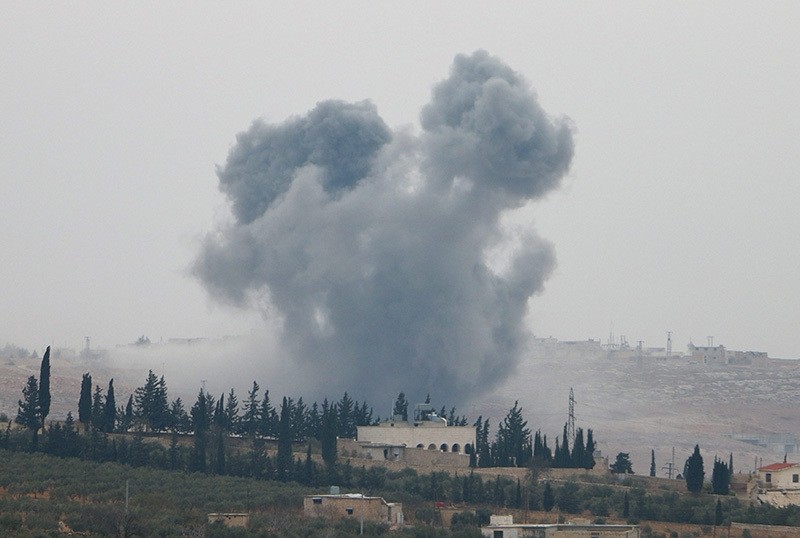 The Turkish military and Russian air forces continue to hit terrorist targets in and around al-Bab to retake the Syrian town from Daesh militants.

Amid clashes during Tuesday's counter-terror operation, 150 Daesh targets were destroyed, the TSK said.

The military statement also indicated that Turkish jets destroyed four other Daesh targets in total, including a terrorist shelter and an ammunition depot in the al-Bab and Bzagah regions, adding that 37 other terrorist were seriously wounded during the operation.

The Turkish military is supporting the Free Syrian Army (FSA) in its fight to liberate al-Bab, a strategic city for Daesh.

Currently, brigades of al-Hamza, Sultan Murad and Sultan Fatih are jointly combating with the TSK against Daesh terrorists in northern Syria.