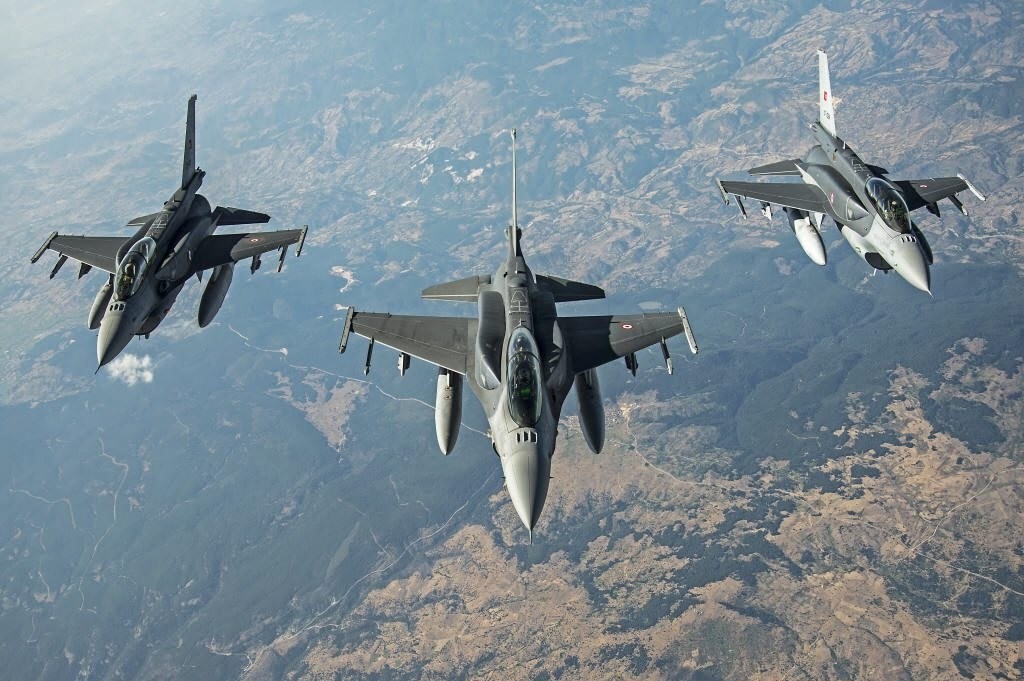 At least 14 Daesh terrorists were killed and 12 Daesh targets were destroyed in airstrikes conducted by the Turkish Armed Forces (TSK) in northern Syria on Wednesday as part of the ongoing Operation Euphrates Shield.

Turkish military jets destroyed 12 buildings used as weapon emplacement and shelters by Daesh terrorists in the Syrian towns of Bzagah, Kabr Al Mukri, Suflaniyah and Zammar in an operation between 11:23a.m. and 11:54 a.m. on Wednesday, the TSK confirmed in a written statement.

Meanwhile, one Turkish soldier was killed and three others were injured by a mortar attack in northern Syria.

The operation is part of the Turkish-led Operation Euphrates Shield, which began in late August to improve security, support coalition forces, and eliminate the terror threat along Turkey's border using FSA fighters backed by Turkish artillery and jets.

The ultimate goal as part of Operation Euphrates Shield, according to Ankara authorities, is to create a 5,000-square-kilometer terror-free zone within Syria. At the beginning of the operation, Turkey secured its southern border, a 98-kilometer line between Azaz and Jarablus