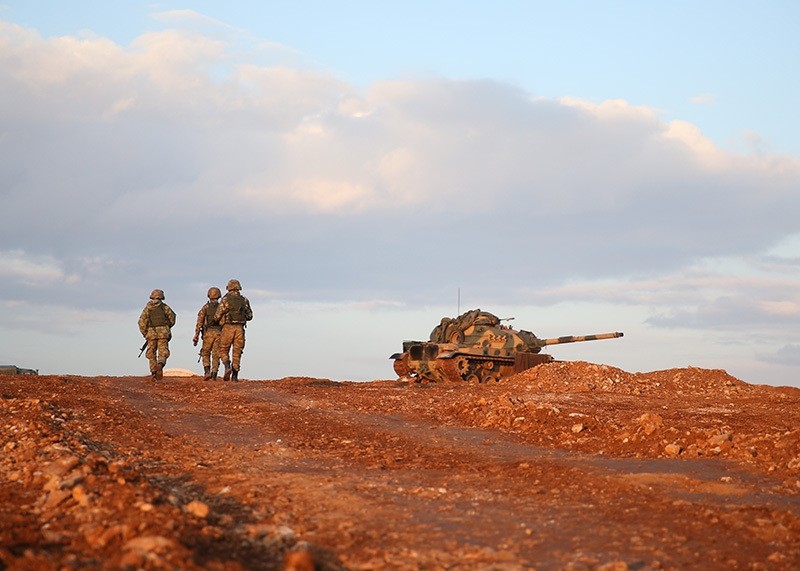 At least 38 Daesh terrorists including a senior figure, have been killed by Turkish forces in the counter-terror operation against Daesh in Syria's al-Bab as part of Operation Euphrates Shield by Turkey-backed Free Syrian Army Forces (FSA), the military said Thursday.

74 other Daesh targets, including shelters, defensive position, armored vehicles and command-control centers, were destroyed by the Turkish army in the 135th day of the operation, the statement said.

The Turkish army with FSA fighters have been carrying out the counter-terror operation against Daesh within Syrian borders with the aim of liberating Syrian towns from terrorist elements since late August.

Recently, the operation has been advancing through the northern Aleppo town of al-Bab, which is one of the strategic areas for the Daesh terror group.

Turkey has been fighting on the ground against terror groups in the Middle East such as the outlawed PKK, its Syrian offshoot PYD/YPG and Daesh, and the Turkish government and military officials have repeated that Turkey has been left alone by the international community in its struggle against terror, while it supports the coalition forces against Daesh in the region.

Recently, Daesh hit a popular Istanbul nightclub on New Year's Eve celebrations on early Sunday, killing 39 innocent people and wounding dozens of others. It was one of the deadliest attacks of the terror group in Turkish cities in 2016.