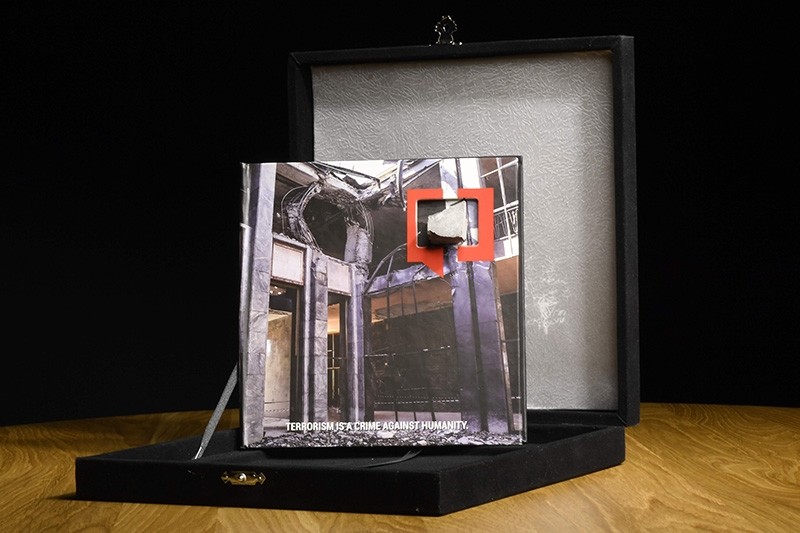 It's a New Year's card with a message. Turkey has mailed thousands of diplomats and journalists a fragment of its bomb-damaged parliament, along with its wishes for a happy year of democracy.

The national assembly in Ankara was hit by air strikes in July during a failed coup against President Recep Tayyip Erdoğan which was blamed by the government on the U.S.-based cleric Fetullah Gülen and his Gülenist Terror Group (FETÖ) network.

"This piece of marble that fell from the wall of the grand national assembly of Turkey... is presented to you as a symbol of Turkey's devotion to democracy," says the New Year's card received by AFP in Paris.

"I wish you a Happy New Year enjoying the fullest sense of democracy," said a message from Mehmet Akarca, the head of Prime Ministry's Directorate General of Press and Information (BYEGM).

The cards stating "Terrorism is a crime against humanity" and debris from the parliament have been sent to 4,000 diplomats and journalists around the world, the Turkish prime minister's office said in a statement.

Others have also been sent to university heads, mayors and different non-government organizations in Turkey, the prime minister's office said.