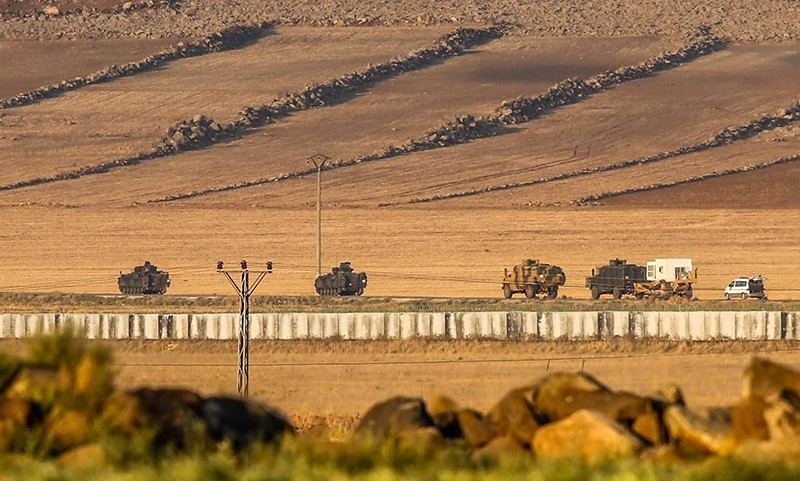 19 Daesh terrorists have been killed, 340 Daesh positions have been hit by the Turkish military as part of Operation Euphrates Shield in northern Syria's al-Bab, the military said on Tuesday.

A total of 340 terrorist targets have been shelled, destroying shelters, defense positions and command centers, as well as vehicles, the military statement said.

A total of three mortars, three arms-laden vehicles and a cannon-laden vehicle were destroyed by the airstrikes, the statement added.

Since the launch of Operation Euphrates Shield, Turkish explosive ordinance disposal teams have neutralized 2,821 handmade explosives and 43 mines in areas cleared of Daesh.

The Turkish military is supporting the Free Syrian Army (FSA) fighters in liberating al-Bab, a strategic city, from the Daesh terrorist group. The maneuver is part of the Turkish-led Operation Euphrates Shield, which began in late August to improve security, support coalition forces and eliminate the terror threat along Turkey's border using FSA fighters backed by artillery and jets.