Suspected suicide bomber killed before carrying out attack in Gaziantep 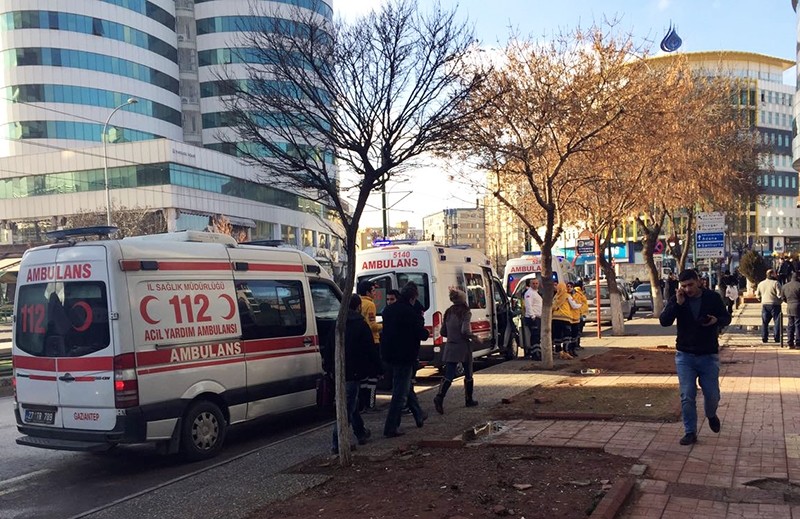 Ambulances dispatched to the area following clashes with a suspected suicide bomber in southeastern Gaziantep province (AA Photo)
by daily sabah
Jan 10, 2017 12:00 am

A suspected suicide bomber was killed as he attempted to enter police headquarters in Turkey's southern Gaziantep province,on Tuesday.

According to reports by Turkish broadcaster NTV, a total of three terrorists attacked police officers in two entrances of police headquarters, and one of them was killed during clashes, while the others fled the scene.

A police officer and have been slightly injured during clashes, while a terrorist was captured dead, the Gaziantep Governorate said in a statement.

Security forces are carrying out an extensive operation to capture the feeling terrorists.

Ambulances have been dispatched to the scene of the incident, reports said.

A Daesh car bomb attack killed two police officers and injured 40 outside Gaziantep Police Headquarters on May 1, 2016, Labor Day. Located on the border with Syria facing areas previously controlled by Daesh, the police in Gaziantep are crucial in cracking down on the terrorist group's flow of foreign fighters into Syria.

However, PKK terrorist group had also carried out similar attacks on police and gendarmerie heaquarters and stations in numerous cities and towns in Turkey's southeast.