Turkey to reasses status of Bashiqa after Daesh cleared from the area, Defense Min. says 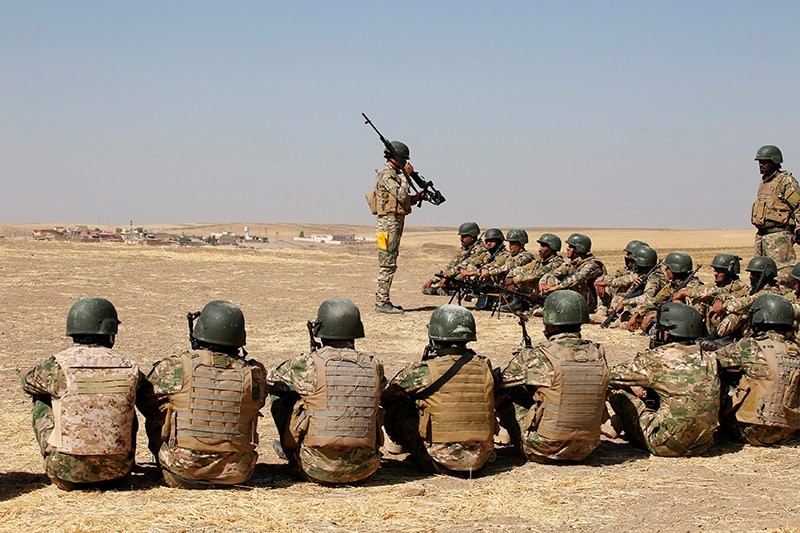 The status of Turkish troops training local forces at the Bashiqa Camp will be reassessed with Iraq once the area is cleared of Daesh terrorists, and the issue will be resolved in a friendly manner, Defense Minister Fikri Işık said on Wednesday.

"Turkey respects Iraq's territorial integrity and unity" Işık told reporters and added that the presence of Turkish troops in Iraq is out of necessity, not a choice, as Prime Minister Binali Yıldırım says.

Işık noted that the removal of Daesh terrorists from the region and ensuring security in Mosul is as important for Turkey's security, as it is for Iraq's.

He also said that over 700 Daesh terrorists have been killed so far and over 6,000 local fighters have been trained in the Bashiqa Camp.

However, Turkey had stated that Turkish forces had initially been stationed at the Bashiqa camp to train the local forces in their fight against Daesh at the request of Abadi himself.

Mosul, the largest city seized by Daesh anywhere across the once vast territory it controlled in Iraq and neighboring Syria, has been held by the group since its fighters drove the U.S.-trained army out in June 2014.