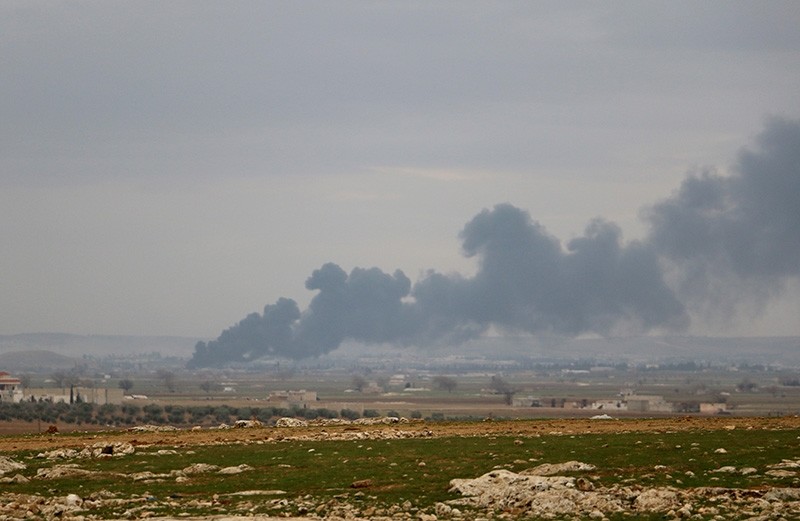 Eleven Daesh terrorists were killed in a Turkish airstrike operation on the northern Aleppo town of al-Bab on Wednesday, according to a military statement. The strikes come as the joint counter-terror operation by Turkish forces with Free Syrian Army (FSA) fighters has been advancing through the town, which is of strategic importance for the Daesh terrorist group.

Turkish warplanes were unable to strike three Daesh terrorists targets in al-Bab on Tuesday because civilians were present at that time.

Turkish soldiers with FSA fighters have been carefully carrying out the Operation Euphrates Shield since late August, avoiding hurting any civilians while incisively hitting terrorist targets.

Turkey has been fighting on the ground against terror groups in the Middle East, such as the outlawed PKK, its Syrian offshoot PYD/YPG and Daesh, and the Turkish government and military officials have repeated that Turkey has been left alone by the international community in its struggle against terror, while it supports the coalition forces against Daesh in the region.