US must stop trying to legitimize a terrorist group, Presidential Spox Kalın says 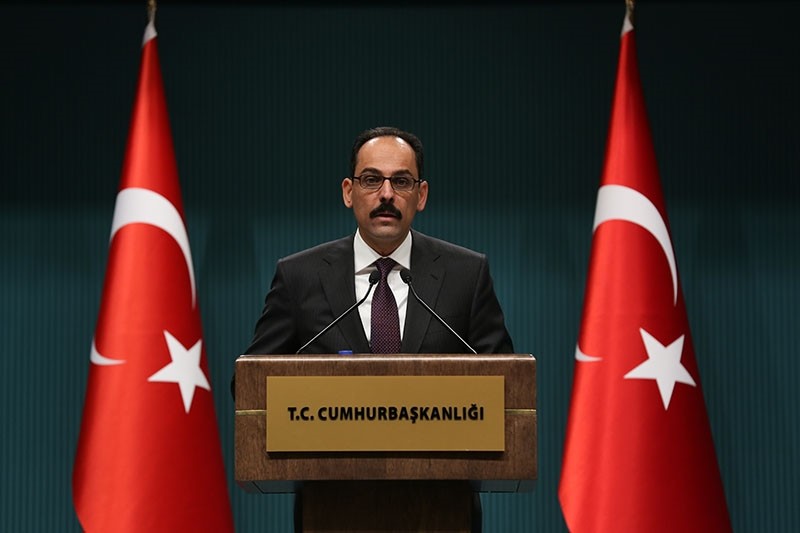 U.S. based CENTCOM had shared an announcement on their official Twitter account about the Syrian Democratic Forces (SDF), claiming that they had no affiliation or ties to the PKK terrorist organization.

Kalın reacted to CENTCOM's post and asked if CENTCOM was joking or had lost its senses.

Is this a joke or @CENTCOM has lost its senses? Do you believe anyone will buy this? The US must stop trying to legitimize a terrorist group

CENTCOM used a screenshot of the SDF announcement before sharing the post with a SDF signature. The post also stated that the SDF was seeking improved relations with neighboring states, including Turkey.

The United States considers the SDF as its principal partner on the ground in Syria in the fight against Daesh, while Turkey regards the groups as the PKK's Syrian offshoot.

The SDF is known to consist of Kurdish, Arab and Turkmen fighters, who are mostly PYD/YPG members.

U.S. Deputy Spokesperson Mark Toner also said in a press conference on Wednesday that the PYD's inclusion in the Syrian peace talks was vital to the long-sought political resolution to the conflict.