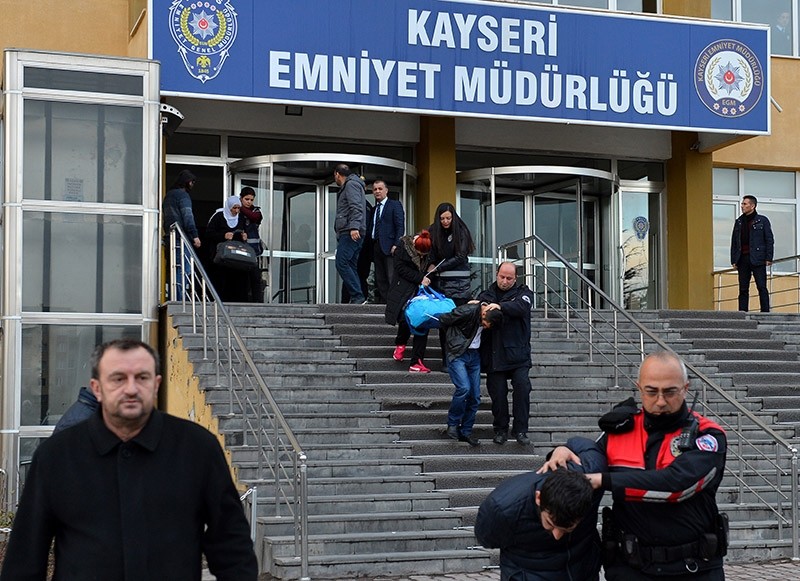 Five soldiers and a bus driver were among 20 people arrested in connection with a suicide bombing in December that claimed the lives of 14 soldiers and injured 56 others in central city of Kayseri.

Soldiers, including privates and non-commissioned officers, left the headquarters of a local commando unit for weekend leave when a suicide car bomb ripped through the bus. The Kurdistan Freedom Falcons (TAK), a terrorist group linked to the PKK, claimed the attack against the soldiers who are at times deployed to the country's volatile southeast where the PKK remains active.

Six other suspects were released after their testimonies were recorded, the source, who spoke on condition of anonymity, told the Anadolu Agency.

The arrested soldiers are accused of aiding the PKK by leaking information about the base and timetable of the civilian bus allocated for soldiers on leave.

The court has reportedly issued arrest warrants for three suspects, who are reportedly out of the country and could not be detained.

TAK was behind a string of bombings in the country last year and this month, including one targeting riot police in Istanbul that left 46 people dead in December and a recent attempt to attack judges and prosecutors at a courthouse in the western city of İzmir.