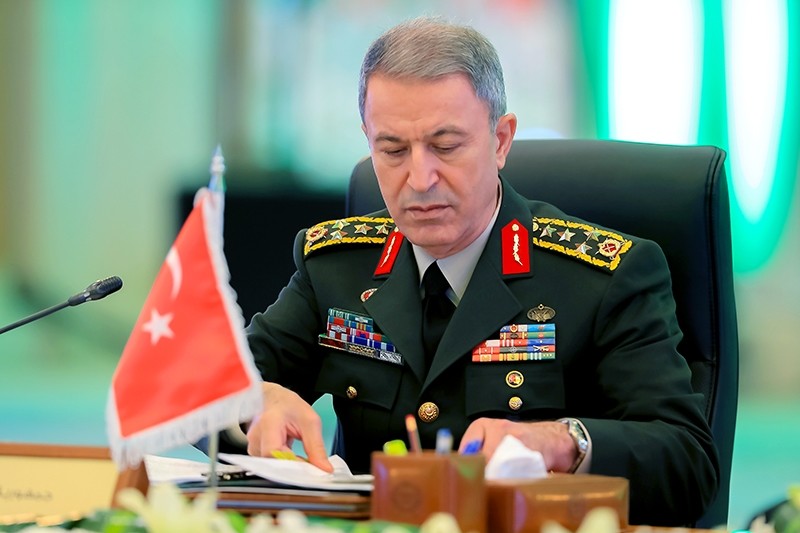 Turkey's Chief of Staff Hulusi Akar arrived in Saudi Arabia on Sunday for a two-day-long meeting on efforts to fight the Daesh terror organization, the military said.

Akar gathered with military heads from a total of 13 countries in the Saudi capital Riyadh, a Turkish General Staff statement said.

Besides Turkey and Saudi Arabia, military chiefs from the U.S., Jordan, Tunisia, Bahrain, the United Arab Emirates, Kuwait, Qatar, Malaysia, Lebanon, Morocco, Oman, and Nigeria are attending the meeting, which will end with a joint declaration.

Turkey has been taking steps to crack down on Daesh since 2014, when the terrorist organization launched a series of suicide bombings in Turkey.

Separately, Turkey has been conducting Operation Euphrates Shield, which began late last August to improve security and eliminate the terror threat from Daesh as well as other terrorist groups along Turkey's border with Syria.