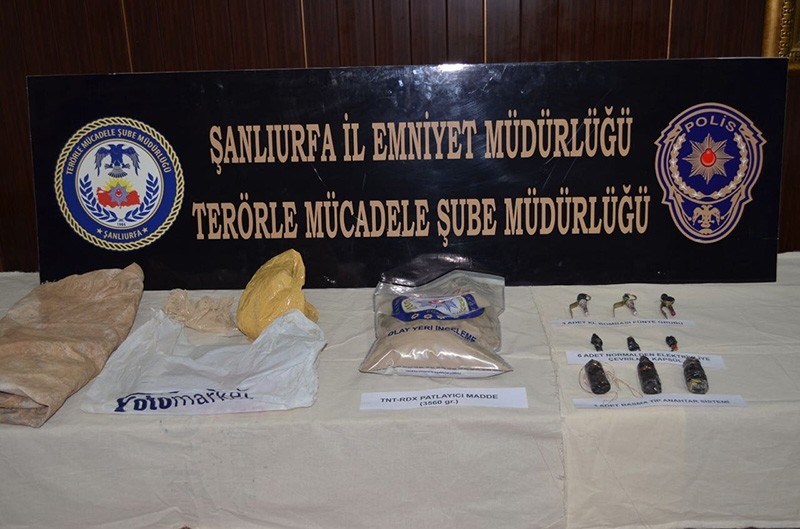 A suspected Daesh suicide bomber, who was responsible for transporting ammunition from Syria to Turkey for terrorists, has been detained by Turkish security forces as part of a counter-terror probe, DHA reported on Wednesday.

According to reports, the terrorist identified as Abud Mahho, who is a Syrian national and entered Turkey through illegal means from Tal Abyad controlled by PKK's Syrian offshoot Democratic Union Party (PYD), was detained at a house in Şanlıurfa province.

The terrorist reportedly admitted to transferring weapons and ammunition for Daesh, and police discovered materials used to make suicide-vests, including three detonators, three remote control key systems, and 3.5 kilograms of explosives and others.

Police have reportedly said that the material found in the terrorist's house bears similarities to the materials used in terrorist attacks carried out by Daesh in Istanbul, Ankara and Gaziantep provinces.