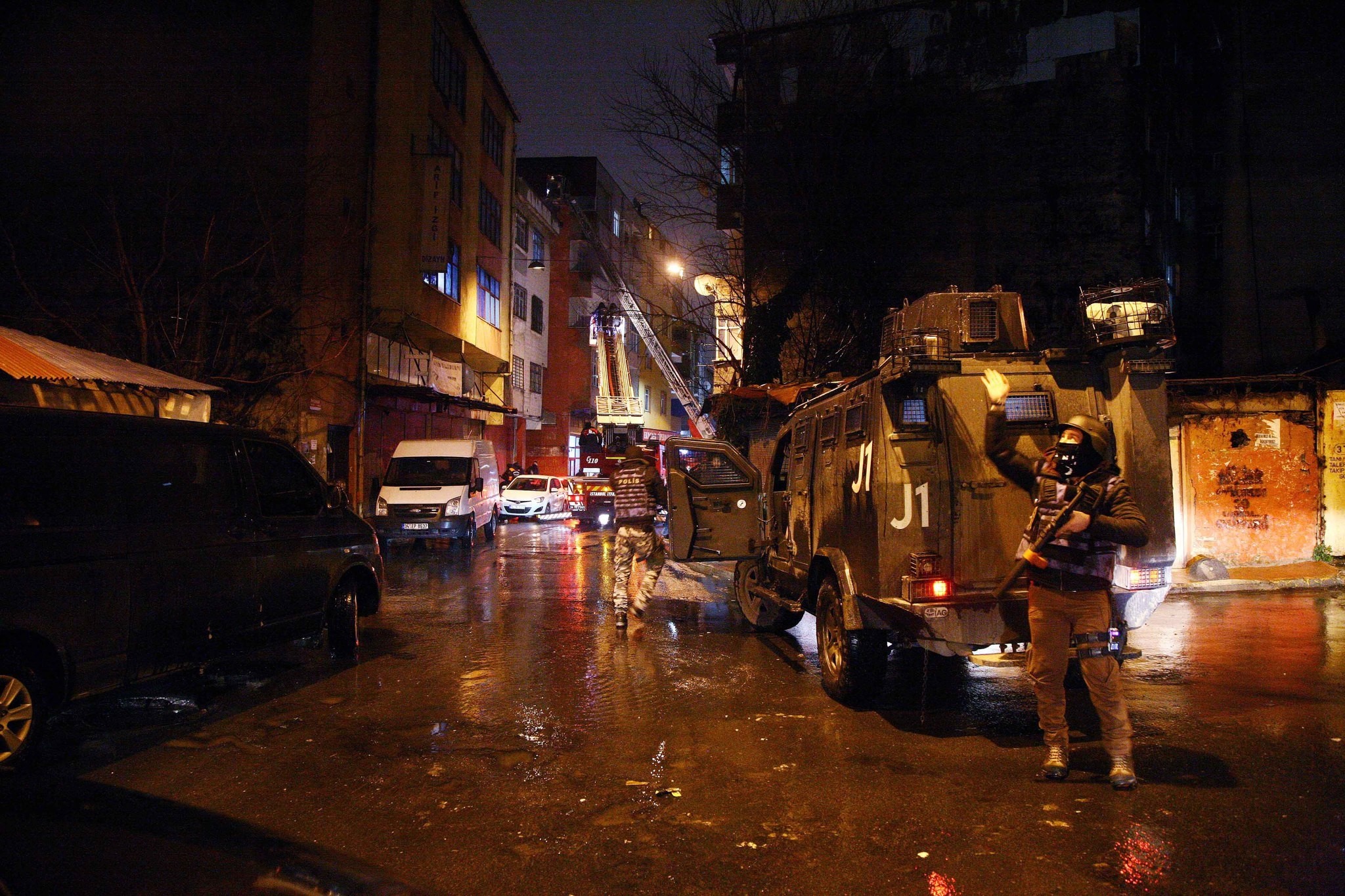 A suspected suicide bomber and four other people linked to the terrorist group the Revolutionary People's Liberation Party-Front (DHKP-C), were detained by anti-terror police in Istanbul's working-class district of Okmeydanı late Wednesday.

Acting upon a tip-off that DHKP-C terrorists were planning a suicide bomb attack, anti-terror police units launched an operation around 9:00 p.m. local time in the district.

Under broad security precautions, the suspects' addresses and the Youth Federation building was raided. In the raid, five suspects were detained and a large amount of documents belonging to the terror organization were seized.

Turkey's Disaster and Emergency Management Authority (AFAD) teams, the fire brigade and medical teams were also present during the operation, which was backed by air support.

The DHKP-C, although less influential in Turkey than other terrorist organizations such as the PKK or Daesh, it still represents a considerable threat to the country with a string of attacks in past years. The group was behind the suicide bombing that targeted the United States Embassy in Ankara in 2013, along with attacks on the Justice Ministry and the headquarters of the ruling Justice and Development Party (AK Party) in the capital. The organization's last known attack in Istanbul was on March 3. Two female militants of DHKP-C were killed after they opened fire on a bus carrying members of riot police in Istanbul in a non-lethal attack.