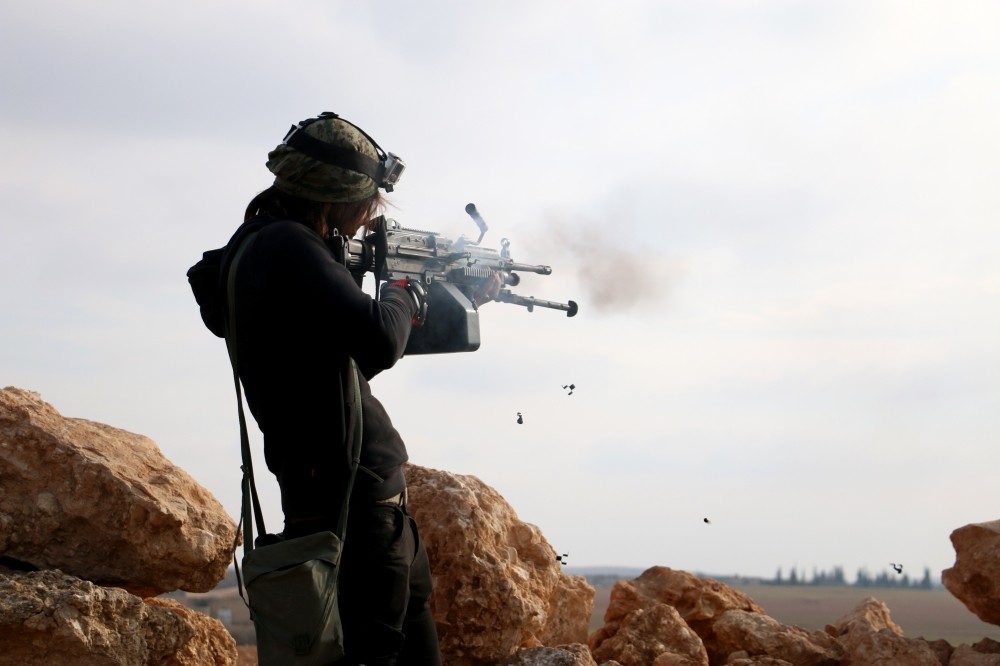 Experts argue that recent airstrikes carried out by U.S.-led coalition and the Russian Federation in and around the Daesh-held al-Bab town are not enough to defeat the terrorist group in the area

Amid Turkey's ongoing Operation Euphrates Shield, U.S., British and Russian warplanes carried out airstrikes against Daesh in the Syrian town of al-Bab in coordination with Turkey on Jan. 18; however, experts drew attention to the insufficiency of the support.

With Operation Euphrates Shield entering its 150th day, the operation continues in Syria's town of al-Bab against terror threats by Daesh and the PKK's Syrian offshoots, the Democratic Union Party (PYD) and its armed wing, the People's Protection Units (YPG). However, due to the lack of support from the international community in Turkey's aims to eliminate terrorists in al-Bab, Turkish officials have strongly criticized its allies on the ground. In that regard, Presidential spokesperson İbrahim Kalın had previously stressed that it was unacceptable that the international coalition was refusing to give any air support to the al-Bab anti-Daesh operation. Kalın also underlined that the international coalition needs to do their part in the operations on the Azaz-Jerablus front, Dabiq and al-Bab points instead of criticizing Turkey in its fight against Daesh. As a result, following Turkey's calls on urging its allies for more active support in the fight against Daesh, the U.S.-led coalition and Russia conducted airstrikes against Daesh targets.

Dr. Bora Bayraktar of the International Relations Department at Istanbul Kültür University Department described the airstrikes as "unclear" while underlining that "it is insufficient and hollow." Providing two reasons for the sudden U.S. air support to Turkey, Bayraktar told Daily Sabah that "Turkey has exposed the U.S.'s controversial support to terror groups in Syria that has drawn wide attention from the public. Thus, not leaving any room for legitimacy for its actions in Syria, the second reason is the change in process in the U.S. administration, where the Pentagon is decreasing its actions that may anger Turkey. For instance, Air Force Col John L. Dorrian has refrained to mention the names of the PYD, the YPG or the Syrian Defense Forces (SDF) in his message on Twitter on Tuesday."

Bayraktar further noted that the support from the coalition is not real and its "decisive support with more of reconnaissance purposes," adding that it is not effective. While affirming that the U.S.'s position in Syria will become more apparent once President Donald Trump takes office today, Bayraktar said the "real support to Turkey is in fact coming from Russia." Additionally to Bayraktar, Professor Dr. Mesut Hakkı Caşın from Özyeğin University also told Daily Sabah that the discussions on the closure of İncirlik Air Base to the U.S. and Turkey's strong cooperation with Russia on the ground became defining factors for the sudden air support of the coalition. However, corresponding to Bayraktar's remarks and also to President Erdoğan's statements made yesterday, Caşin stressed, "Turkey is not receiving necessary support in the al-Bab operation," while also adding that the claimed U.S.-led air support is "unclear."
RELATED TOPICS