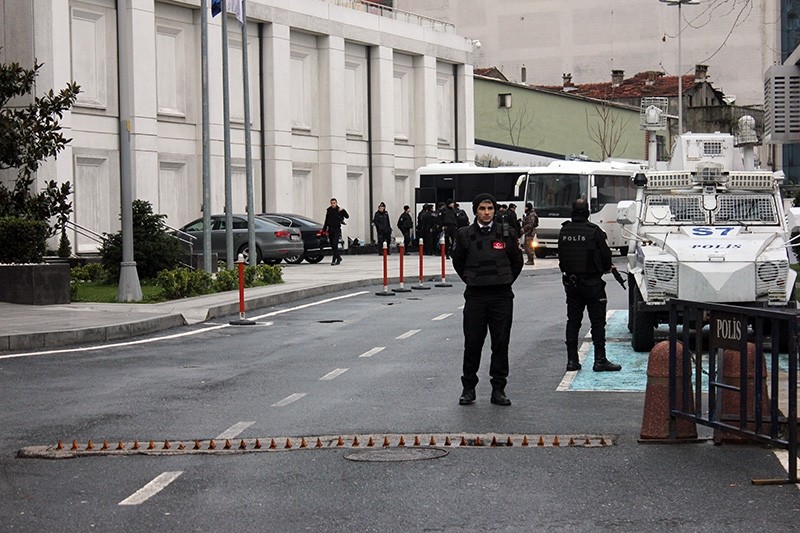 The terrorist who attacked Istanbul's police headquarters and an office of the ruling Justice and Development Party (AK Party) building on Friday was arrested Sunday afternoon in the Thracian Turkish city of Tekirdağ, police said.

Officials had said few hours the attack that the fingerprints found on the weapon used in the terrorist attack have matched with Şerif T., a member of the Revolutionary People's Liberation Party-Front (DHKP-C) who had a price of 300,000 Turkish liras (around $80,000) put on his head and was also featured in the "category grey" of Turkish Interior Ministry's "wanted terrorists" list.

Istanbul Governor Vasip Şahin said on Twitter late Friday that no one was injured in the attack on the police headquarters, and an investigation had been launched.

No injuries were also reported after the attack on the AK Party headquarters, according to a Twitter post by the group's provincial head, Selim Temurci on Friday.

The DHKP-C, although less influential in Turkey than other terrorist organizations such as the PKK or Daesh, it still represents a considerable threat to the country with a string of attacks in past years. The group was behind the suicide bombing that targeted the United States Embassy in Ankara in 2013, along with attacks on the Justice Ministry and the headquarters of the AK Party in the capital. The organization's last known attack before the latest one on Friday in Istanbul was on March 3. Two female militants of DHKP-C were killed after they opened fire on a bus carrying members of riot police in Istanbul in a non-lethal attack.