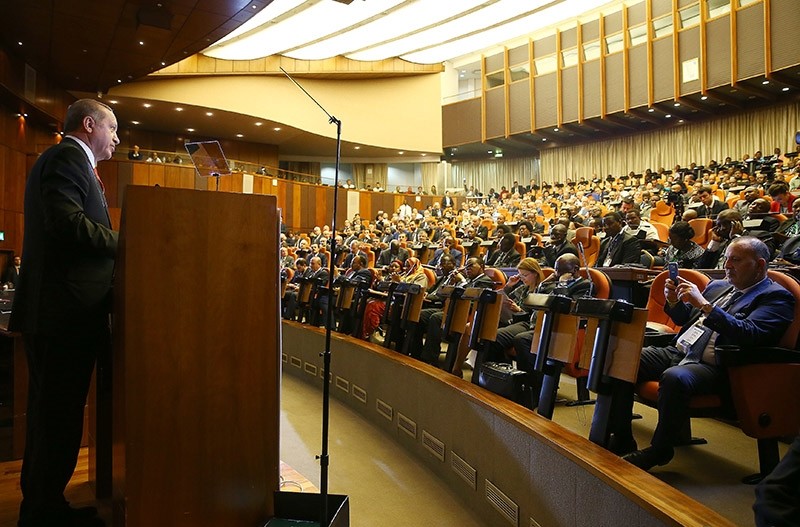 Turkish President Recep Tayyip Erdoğan has called on Tanzania to cooperate with Turkey, and beware of the Gülenist Terror Group (FETÖ), during a speech he delivered at the Turkey-Tanzania Business Forum on Monday in Tanzania.

''FETÖ has its network in Tanzania, and FETÖ is a threat for any country in which it is active,'' Erdoğan said.

Erdoğan added that Tanzania should not take seriously any organization which bears the word ''Turkey'' or ''Turk'' in its name, and which is not authenticated by Turkish embassies, particularly referring to business associations run by FETÖ.

The Turkish president highlighted the importance of international collaboration in the war on terror.

FETÖ, through its military junta, carried out a bloody coup attempt in Turkey, killing 248 people and injuring nearly 2,200, on July 15, 2016, in an attempt to oust the democratically elected Turkish government.

The terror organization is also known for organizing business networks in various countries across the world in order to finance its activities and extend its influence.