Al-Bab won't be handed over to Assad regime after capture, Deputy PM says 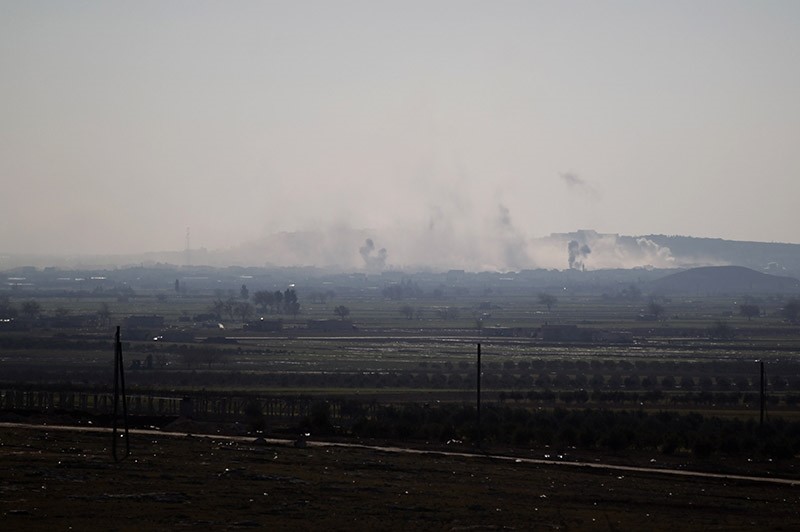 Claims that the northern Syrian city of al-Bab will be handed over to the Assad regime forces after capture are not true, Deputy Prime Minister Numan Kurtulmuş said on Tuesday.

Speaking on Anadolu Agency's Editor's Desk, Kurtulmuş noted that the Turkey-backed operation was not conducted so that the control of the region can be given to the regime.

"We've said it from the beginning that Operation Euphrates Shield is an operation regarding Turkey's own national security" Kurtulmuş said, adding that the operation focuses on clearing terror threat on the country's southern border with Syria.

Kurtulmuş also criticized the U.S.-backed coalition for failing to give sufficient support to liberate the area from Daesh terrorists, but said that Turkey hopes the U.S. under the Trump administration changes its stance and provides support to policies which will work in favor of the people in Iraq and Syria.

The Turkish army is supporting Free Syrian Army (FSA) fighters in liberating al-Bab, a town of strategic importance for gaining control in northern Syria and the Aleppo countryside currently occupied by Daesh terrorists.

Military action is part of Turkish-led Operation Euphrates Shield, which began in late August last year to improve security along the Turkish-Syrian border, support anti-Daesh coalition forces and eliminate the terror threat along Turkey's border with the help of FSA fighters backed by Turkish artillery and jets.