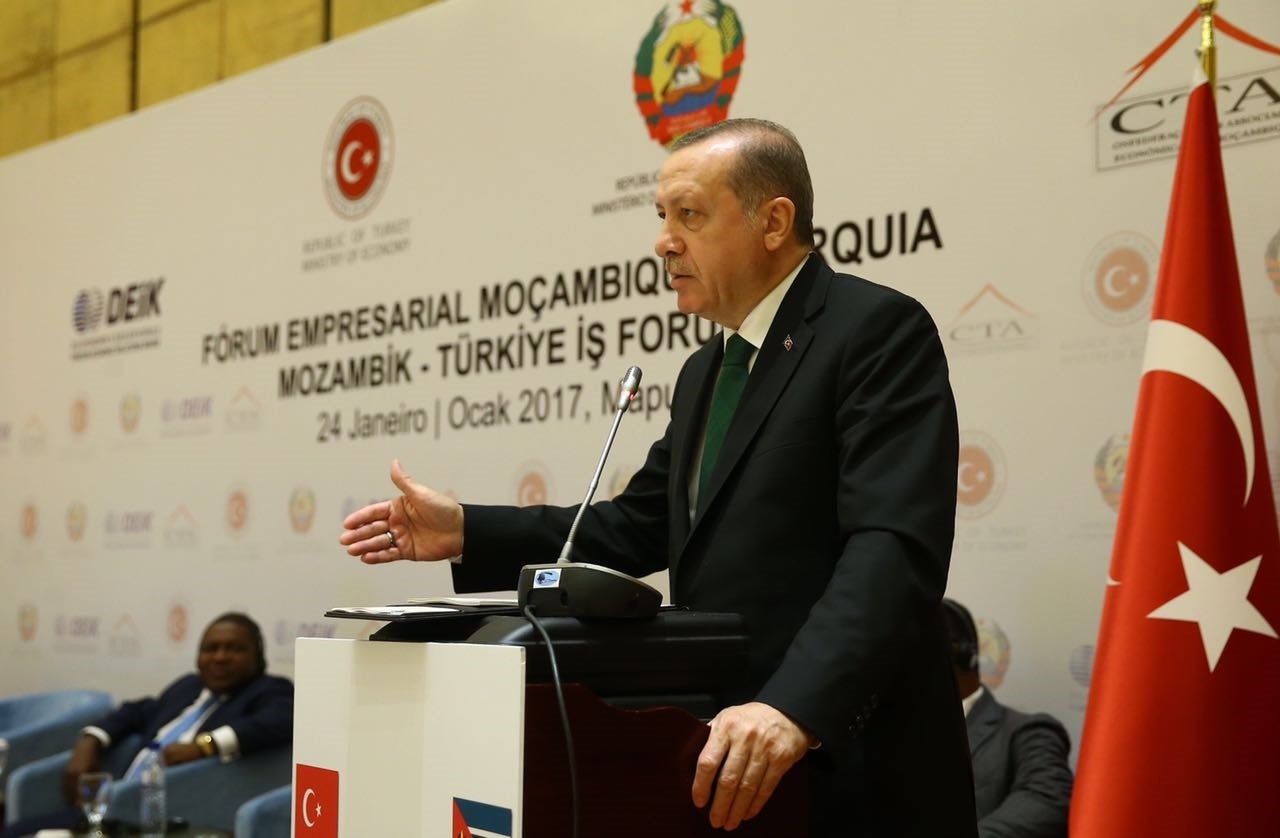 He told a reception in Maputo that "We are aware that Gülenists have a presence here in Mozambique", referring to the Gülenist terror group (FETÖ) which is linked to a network of schools across the world, including in Africa.

"They have a vast sector of schools and associations all around the world, and they have a wide network here in Mozambique as well," Erdoğan said.

For over 40 years, Gülen used his private education network to build influence and tried to infiltrate into Turkish state institutions via his militants making up what is known as the "parallel state".

"This is something that we request from you... A friend in need is a friend indeed."

Since the failed Gülenist coup attempt on July 15 which tried to overthrow President Erdoğan's democratically elected government, the government has launched wide-scale security operations across the country, detaining, sacking or suspending thousands of Gülenists in the public sector.

Erdoğan's five-day tour of Africa will also see him visit Madagascar before he returns home.

Another key priority of the trip has been to promote Turkish influence on the continent and to stimulate trade between Africa and Turkey.

The Turkish leader brought around 100 Turkish business leaders with him for the official tour.