Fugitive Gülenists adopt South Africa as a new base, yet Turkey to disabuse them of this delusion 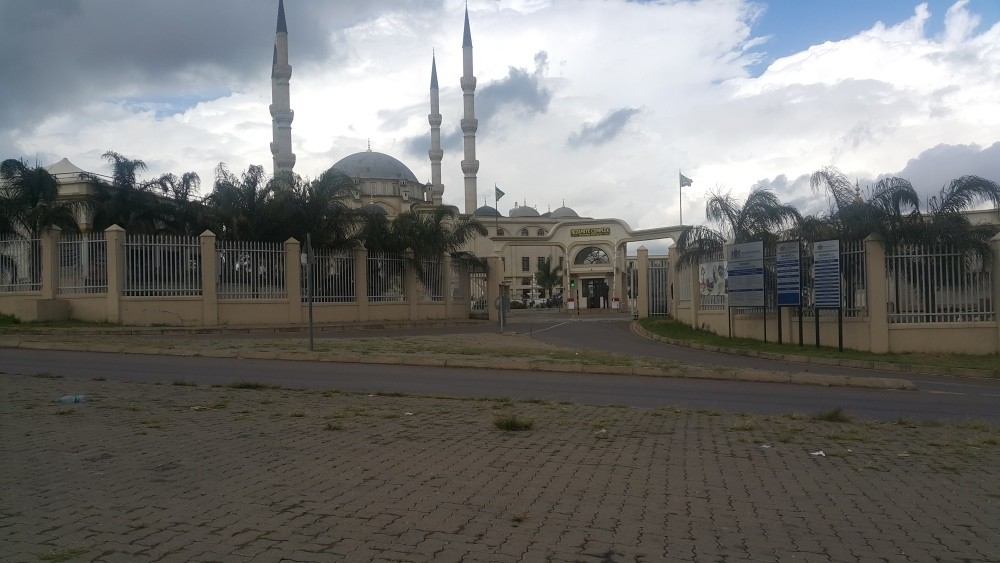 The Nizamiye complex is the biggest FETu00d6 compound in South Africa that includes mosque, school, dormitory, shops and even a private cemetery.
by Ali Ünal
Jan 31, 2017 12:00 am

Members of FETÖ increasing their presence in South Africa and are using associations for financial transactions and money laundering. The country also remains one of the possible places that Fetullah Gülen may seek shelter in if the Trump administration forces him to leave the U.S.

As Turkey continues its efforts both domestically and abroad to fight the Gülenist Terror Group (FETÖ), the cult that perpetrated the July 15 coup attempt last year, South Africa is becoming a new base for Gülenist fugitives. Turkey is keeping abreast of the developments in the country and Turkish officials have warned Gülenists, telling them not to get too comfortable. Turkey intensified its fight against FETÖ after the July 15 failed coup attempt, which saw the death of 246 civilians. Since then FETÖ members have been fleeing abroad, with many increasingly going to South Africa.

According to diplomatic sources, up to 2,000 Turkish citizens that have arrest warrants for being FETÖ members have fled to South Africa since July 15 of last year. Moreover sources also indicated that fugitive FETÖ members smuggled about $500 million into the country. FETÖ has a strong presence in South Africa. They have reportedly been using the South African Turkish Business Association (SATBA) for financial transactions and money laundering.

Moreover fugitive Turkish citizens Ali Katırcıoğlu, Levent Şenol, Vuslat Bayoğlu and Şemsettin Çalışkan are leading Gülenist business figures who run companies in various sectors from coal mining to textiles. FETÖ has eight schools in South Africa that are a key source of their influence in the country and they operate in five different cities namely; Durban, Cape town, Port Elizabeth, Johannesburg and Midrand.

Daily Sabah went to Midrand, Johannesburg and observed the leading FETÖ school in the county, the Nizamiye complex. The complex is built on 10 hectares of land and has a mosque, a school for 900 children and a dormitory for 300 children. The bazaar section of the complex has a supermarket, bakery, barber, bookshop, a carpet and ceramics store and a restaurant. Moreover the complex has a clinic and even a private cemetery. It is widely believed that FETÖ leader Fetullah Gülen, who resides in Pennsylvania, might come to the Nizamiye complex in South Africa when the Trump administration forces Gülen to leave the U.S.

Turkey's Ambassador to South Africa Kaan Esener drew attention to the FETÖ establishment and said, "We are after them and we will be until the end. We know where they all are. We urge them to come in and submit to justice." Underlining that South Africa is heavily populated by FETÖ members and has become a center for them, Esener said, "Regardless, they should not feel too comfortable here. The Turkish state will continue to follow them closely and it will be not possible for them to hide in South Africa from now on." Stating that they have devoted a lot of effort to explaining the FETÖ threat to South African officials, Esener underlined that "The South African administration has also begun to see the real and dark side of FETÖ members who had initially introduced themselves as humanitarians devoted to education. South Africa will eventually have to make a choice between either the Republic of Turkey or a criminal terror organization [FETÖ]. But I am hopeful on the matter as I predict South Africa will side with Turkey."

On a different note, Thembisa Fakude, a researcher at the Al Jazeera Center for Studies in South Africa, suggested that Turkey needs to have closer friendly political engagement with South Africa and should use nongovernmental organizations more actively in order to be successful in its fight against FETÖ. "The Gülenists have established relations in South Africa over decades thus Turkey should embrace a holistic approach to this problem," Fakude said on Jan. 27 at a panel organized by the Al-Sharq Forum and Afro-Middle East Center in Pretoria.

In addition, Turkey will intensify its diplomatic efforts against FETÖ in the country. President Recep Tayyip Erdoğan said last week he will visit South Africa soon and it is expected that the fight against FETÖ will be at the top of Erdoğan's agenda during his visit.