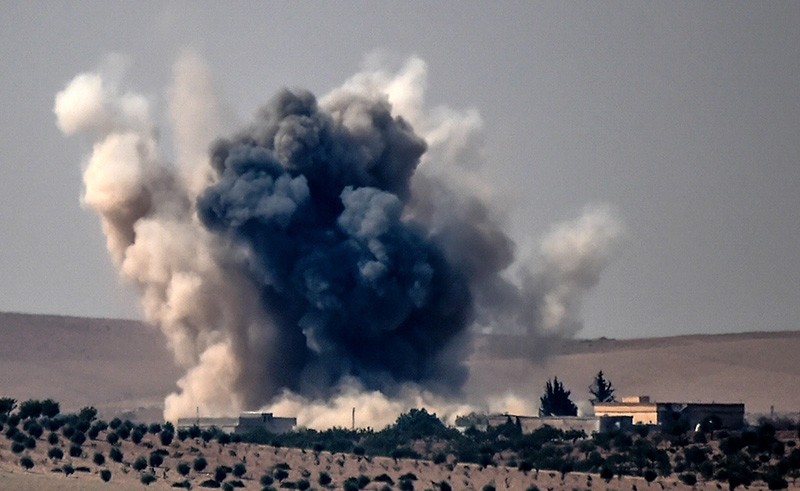 Turkey-backed Free Syrian Army (FSA) forces have taken control of Bzagah and Kabbasin districts in northern Syria's al-Bab on the 170th day of Operation Euphrates Shield, and killed 44 Daesh terrorists the military said in a statement on Thursday.

According to the statement, 187 Daesh positions have been shelled, destroying hideouts, defense positions, command control centers, weapons and vehicles belonging to the terrorists.

A total of 44 Daesh terrorists have been killed as a result of the airstrikes and shelling, the military statement added.

One Turkish soldier was killed and 10 others were wounded in clashes near al-Bab, bringing the total number of Turkish casualties to 62 since the start of Operation Euphrates Shield on Aug. 24 last year.

The Turkish army is supporting FSA fighters in liberating al-Bab, a strategic city for Daesh, from the terrorist group. Tuesday marks the 168th day since the city was surrounded in order to liberate it.