FETÖ suspects trying to flee to Greece detained near the border 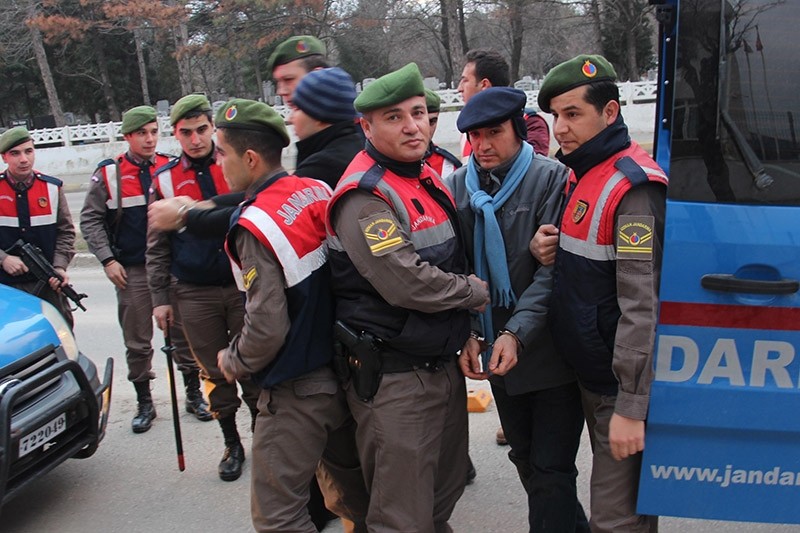 The two former ministry personnel and their families were thought to be fleeing to Greece, the sources added.

The group was detained in the Meriç district of Turkey's northwestern Edirne province, as they were trying to find a boat to cross to Greece, reports said.

The four adult individuals were detained while their children were sent to relatives, the sources added.

FETÖ is said to have orchestrated last July's attempted coup in Turkey that killed 248 people.

Following the coup bid, Turkey introduced a state of emergency which dismissed or suspended tens of thousands of FETÖ-linked public servants from their jobs.

The number of Turkish citizens who have illegally entered Greece since the July 15 defeated coup now stands at 100, including eight former Turkish soldiers.

After the July 15 coup attempt, eight soldiers, including two commanders, four captains and two sergeants, had escaped to Greece on a Sikorsky helicopter and landed in Alexandroupolis. Following their landing, the eight suspected FETÖ members asked for asylum from Greek authorities. Before their asylum request was taken to the court, a Greek court sentenced the eight men to a suspended two-month jail sentence for illegal entry into Greece. Ankara has formally requested from Greece the extradition of the FETÖ members who were allegedly behind the coup attempt.

However, on Jan. 26, the Greek Supreme Court decided not to extradite any of the fugitive Turkish soldiers.