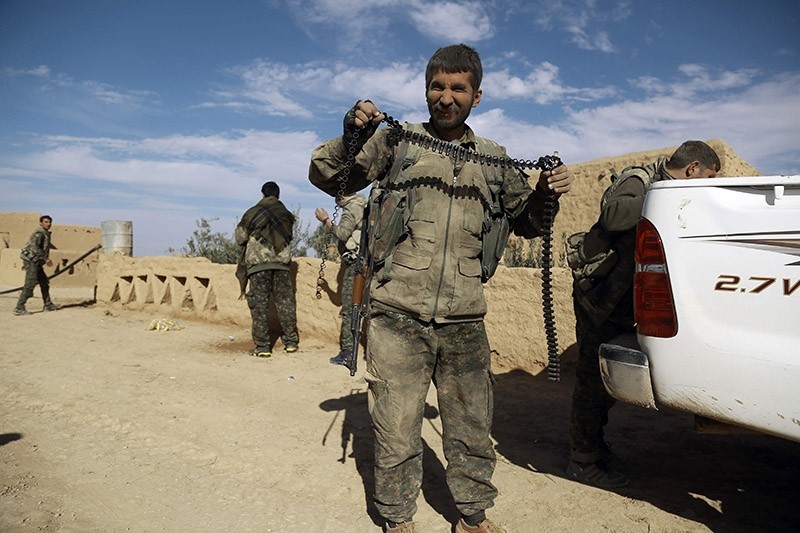 The Turkish military announced on Tuesday that a terrorist from the People's Protection Units (YPG), which is the armed branch of PKK's Syrian offshoot Democrat Union Party (PYD), has been killed by Turkish soldiers in the clashes which followed the terrorist group's cross-border attack.

The release reported that the terrorist attack occurred on Monday, as a group of YPG terrorists approached the Turkish border near the Nusaybin district of Mardin province, and opened fire against Turkish soldiers guarding the border.

The statement noted that the retaliatory fire of Turkish soldiers left at least one YPG terrorist dead, according to initial findings.

Relations between Turkey and the U.S. entered a strained period under the Obama administration, as the latter refused to cooperate with Turkey against terrorism, and even supported PKK/PYD terrorists on the ground in Syria.

Turkey reiterated that it will not allow an independent terrorist state presence along its borders, and launched Operation Euphrates Shield in August 2016 to fight against the PKK/PYD and Daesh.