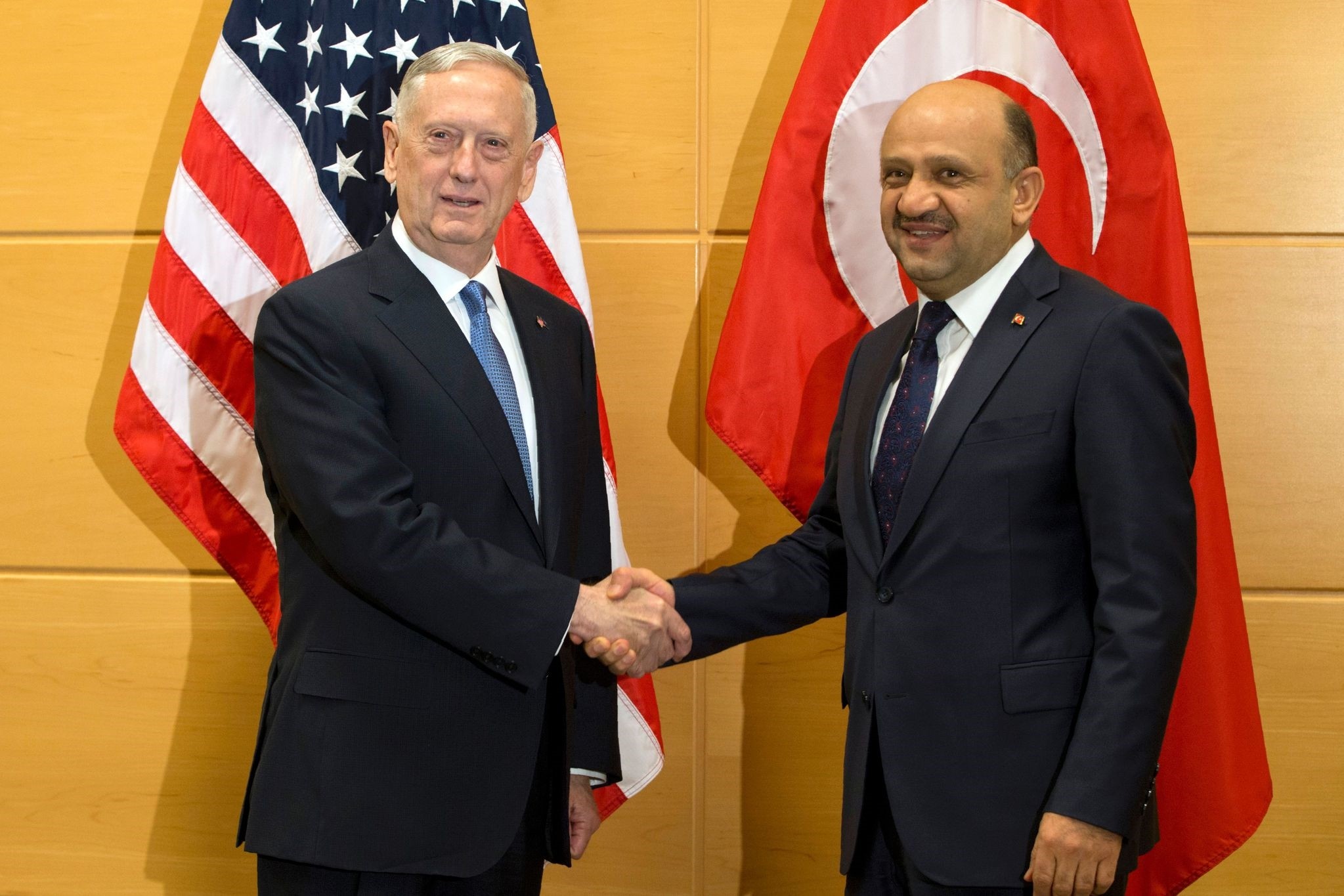 The two also discussed the situation in Syria, and agreed on setting up a dialog mechanism between the U.S. and Turkey.

Işık, however, warned Mattis about U.S. support for the PKK/PYD in northern Syria, saying that anti-terror operations cannot succeed if their support to the PYD/YPG group continues.

"One terrorist organization cannot be preferred to another one."

While Turkey considers the PKK/PYD to be a terrorist group affiliated to the PKK, which has waged war against Turkey since 1984, the U.S. sees the PKK/PYD as its ground ally against Daesh in Syria.

Turkey launched Operation Euphrates Shield on Aug. 24 last year to clear its border area of terrorist groups by supporting the FSA. The operation's objectives are to maintain border security and confront Daesh terrorism, while not allowing the PKK terrorist organization, or its Syrian affiliates the Democratic Union Party (PYD) and its armed wing the People's Protection Units (YPG), to establish a corridor of terror on Turkey's doorstep.