FETÖ school collects over $60M in taxpayer money in US 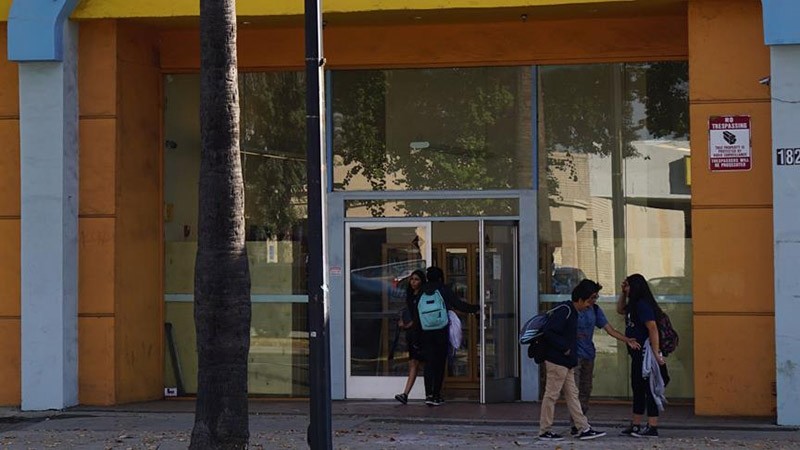 A group of charter schools in the U.S. state of New Jersey affiliated with the Gülenist Terror Group (FETÖ) last year collected tens of millions of dollars of taxpayer money, according to an investigative report published by a local daily Wednesday.

The investigation conducted by The Record newspaper and its website, NorthJersey.com, revealed that some founders of these schools have close ties to the FETÖ network, led by Fetullah Gülen, a Turkish expatriate living in neighboring Pennsylvania whose extradition is being sought by Ankara for allegedly masterminding last year's deadly coup attempt in Turkey. It found that seven schools in the state have collected over "$60 million in taxpayer money last year alone to fund their growth".

Some of these charter schools belong to Turkish immigrants influenced by Gülen, it added.

"There are also political donors who collectively have furnished hundreds of thousands in donations to U.S. office-holders while the North Jersey charter schools in general have been adept at wooing state and local government officials with trips to Turkey and, in some cases, jobs," said the story.

In a wide-ranging study of the FETÖ-linked institutions, reporters found that the schools have also been a channel for state taxpayer money to private entities that serve the schools as landlords or vendors, including a boarding school in the Wayne Township "that is openly Gülen inspired."

In a kind of shell game, the FETÖ schools would also pay firms for service or rent, but these firms were also connected to FETÖ, the paper reported. And state taxpayer money supported this arrangement.

"It's clear these schools were being used both to raise funds for Gülen and employ Gülen followers and teachers and basically have them tie a percent of their income back to Gülen," Robert Amsterdam, a London-based lawyer hired by Ankara who is investigating FETÖ-linked charter schools in the U.S., told the paper.

The investigation also said the schools have been used as tools to influence civic and political leaders in the U.S.

"A number of prominent Turkish nationals connected to the charters or their vendors have emerged as fundraisers and contributors to Hillary Clinton and [then-U.S. President Barack] Obama, among other political leaders," said the article.

For instance, Furkan Koşar, former head of the FETÖ-linked Science and Technology charter in Paterson, New Jersey and current head of the Council of Turkic American Associations, raised more than $500,000 for Obama's 2012 re-election bid.

The story also claimed that the schools organized special tours to Turkey in order to get support for the Gülen network.

The paper's revelations appear to follow a pattern of controversy and misdeeds by FETÖ schools in the United States.

"Mr. Gülen has been brilliant in seizing on the charter school mechanism, which in the U.S. is unregulated," lawyer Amsterdam told Anadolu Agency in an exclusive interview last August.

Last March, ahead of legal action against FETÖ school networks in the U.S., Amsterdam told reporters, "We have compared states audits of the Gülen schools which have occurred in a number of states in the United States. And these record loose internal controls, periodic insolvency, funds spent on immigration feeds in the hundreds of thousands of dollars which do not in any way benefit the children, inappropriate use of public funds, inappropriate commingling funds, use of shell entities to funnel public funds from schools to shells."

And last July 12 -- just days before the coup attempt in Turkey -- Amsterdam's law firm filed a fraud complaint against a FETÖ school network in Texas, accusing it of "widespread abuse of the H1B visa program, misappropriation of public funds, and discrimination against certain students and families."

Since 1999 Fetullah Gülen has been living in a secluded compound in Pennsylvania's Pocono Mountains, about 10 miles from the New Jersey border, in self-imposed exile.

He managed to establish a huge network of charter schools, NGOs, charity foundation and other institutions across the world, including over 100 in the U.S. alone.

Gülen and his FETÖ terror network are accused of masterminding the deadly coup attempt in Turkey last July.

At least 248 people were killed and nearly 2,200 others were injured in the July 15 failed military coup.

Gülen is also accused of leading a long-running campaign to overthrow the state through the infiltration of Turkish institutions -- including the military, police, judiciary, and educational institutions -- forming what is commonly known as the "parallel state".

Turkey has officially submitted to the U.S. evidence that Gülen's network established a quasi-state within Turkey in an attempt to topple the government and ultimately take over the country in a bloody coup.

Turkish authorities have also issued an official request for Gülen's extradition under a 1979 treaty between Turkey and the U.S.

Ankara has also urged governments abroad to shutter local FETÖ network schools, saying they do not want FETÖ institutions to undermine the rule of law in other countries the way they tried to do so in Turkey.

Turkish diplomats have so far met around 600 foreign ministers, 1,444 members of parliaments as well as nearly 6,190 senior officials around the globe, emphatically indicating the threat of the FETÖ structure and its vast network abroad, according to a Foreign Ministry source. Several countries decided to close schools linked to FETÖ following the coup attempt. Angola was the latest to order the shutdown of a school linked to the group on Wednesday.